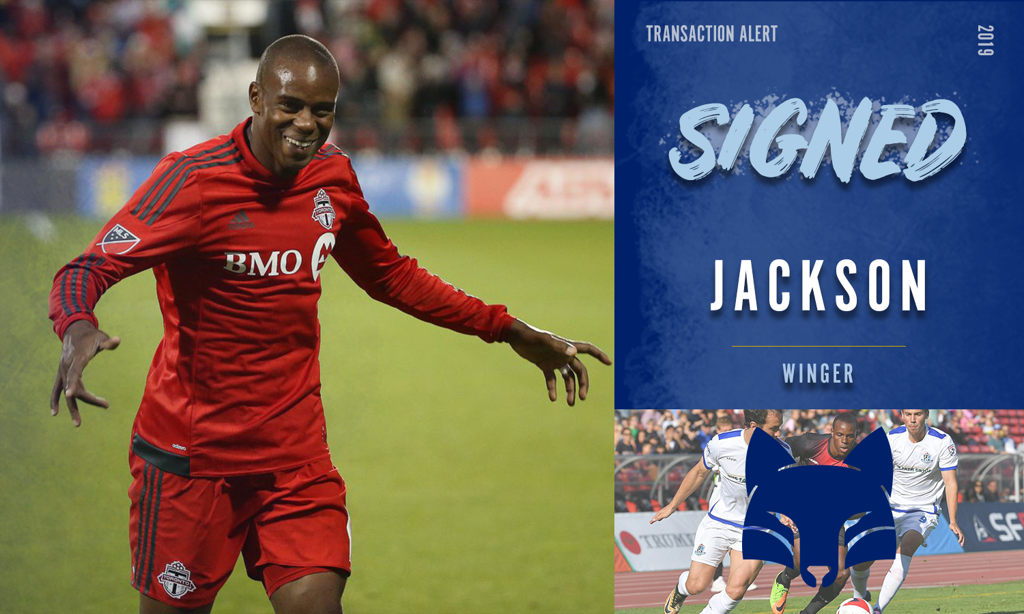 “Jackson is another quality signing for us,” said head coach Adam Smith. “He’s a guy that’s played at the highest level here and we’re happy to have him. He’s got electric pace that we know can hurt other teams and that’s why we brought him in. We’re hoping he can add another dimension to our team.”

Jackson made his professional debut with São Paulo in 2007, and in 2010 he was loaned to FC Dallas and helped the club reach the MLS Cup in his first season. Jackson scored 13 goals and notched 12 assists over 109 appearances in a four-year career with FC Dallas. At the end of the 2013 season, Jackson was traded to Toronto FC and made 53 appearances over 2014 and 2015, scoring five goals and assisting two more.

After a year in Brazil, Jackson returned to the United States when he signed with SF Deltas for the 2017 NASL campaign. He recorded one goal and four assists in 24 appearances with San Francisco.