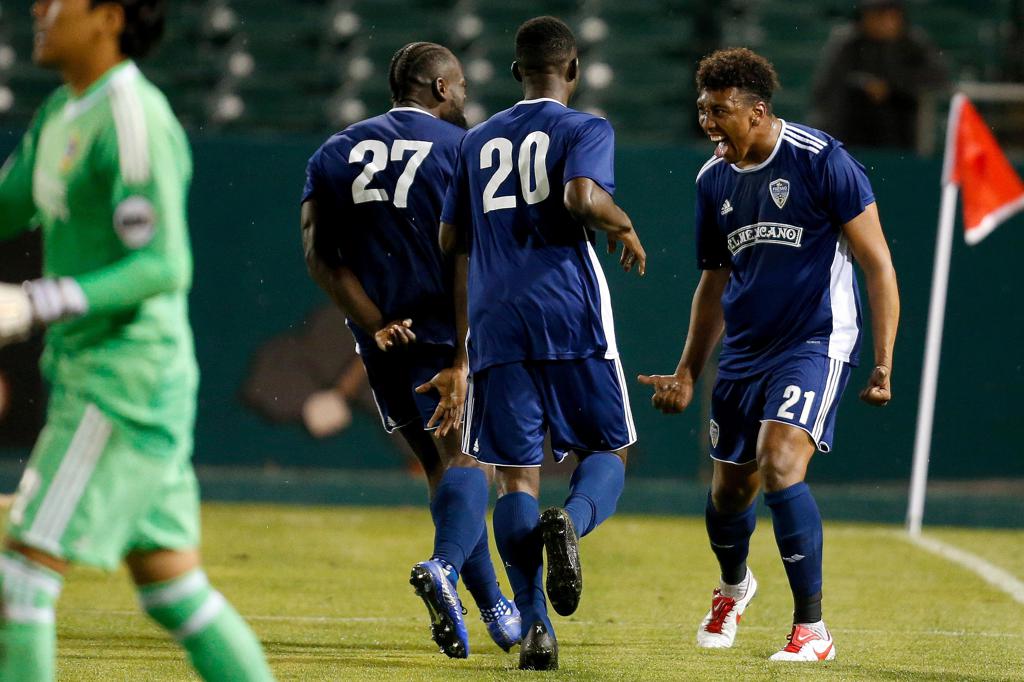 FRESNO, Calif. - The wet weather didn't derail the Foxes from beating an LA Galaxy II side 2-1 on Friday night.

It was the first preseason action for Fresno FC, and a worthwhile showing for Head Coach Adam Smith's side as he finalizes his rotation for the 2019 season. And while the Foxes' top man received a solid evaluation of trialists and newcomers, it was the veterans who put the club on the board with goals from defender Mickey Daly and forward Christian Chaney.

At the 25th minute, trialist Hiroki Kurimoto (previously at Honda FC) found Daly at the top of the box with a volley, as the 31-year-old defender headed it over LA's Abraham Romero for the lead.

In the second half, Chaney - who just took the field after the break - bodied over a Galaxy II defender and scissored home the goal with his right foot to double the Foxes' lead. Again it was a trialist providing the assist, with the cross coming in from Uchenna Uzo (previous with Myrtle Beach Mutiny).

Galaxy II eventually scored at the 59th minute on a goal from Hugo Arellano which held to the final whistle. Overall, it was a welcome result, according to Smith.

"It's an encouraging result," Smith said after the match. "We still have a lot of work to do, but it's building blocks and it's a good start. Some players surprised me and some confirmed my thoughts, so myself and the staff will sit down tonight and make some tough decisions."

Smith admitted that he got a decent look at eight of 10 trialists with the club since the start of preseason, and also wants to further evaluate his new signings in camp as well.

"There's a couple of players that we've signed that we need to see more from, too, but it's preseason," he added. "It's early days and at the end of the day, it's nice to get off with a win. I know the result doesn't matter, but it's always nice as it keeps the crowd happy, especially in these tough conditions."

The Foxes saw an early attack form between the likes of Jaime Chavez, Juan Pablo Caffa and Jemal Johnson, with Chavez' strike at goal taking a deflection to miss just wide left of the target. In the second half, Ramon Martin Del Campo saw a chance to add to his team's lead on a corner kick but his header missed off the crossbar. New signing Qudus Lawal also had an opportunity at the 76th minute only to see his shot parried away by Galaxy II's Eric Lopez.

The Foxes preseason continues with a scrimmage Tuesday at Academica SC in Turlock. Fresno is back in its own city the following Saturday, February 16th, against CSU Bakersfield at Fresno City College.