LAS VEGAS, Nev. - The delivered a late stroke of justice in Las Vegas while playing with 10 men for the final 30 minutes at Cashman Field. Down a goal and with just seconds remaining in stoppage time, Alex Cooper sent in a low cross into the box that Renato Bustamante fired home for the equalizer, fueling Fresno FC to a 2-2 draw against the Las Vegas Lights.

It was just the dramatic finish needed for an even more dramatic 90 minutes.

The action started fast with Juan Pablo Caffa putting Fresno FC in front at the fourth minute. Midfielder Danny Barrera found the captain in open space, where he then dribbled around goalkeeper Angel Alvarez to put home the finish for the 1-0 lead. It was Caffa's eighth goal of the season, tying Jemal Johnson for the club's best. Barrera, meanwhile, notched his fourth assist, to tie Bradley Kamdem Fewo and Zachary Ellis-Hayden for Fresno FC's top mark.

The Lights would eventually claw back after halftime, leveling the score on a strike from Raul Mendiola that went right into the top right corner.

At the 66th minute, things appeared to go south for Fresno FC as defender Ramon Martin Del Campo was whistled for a controversial handball in the box as he appeared to stop Samuel Ochoa's shot with his arm just before it could get across the goalline, according to referee Ismir Pekmic. Pekmic sent off Del Campo, leaving the Foxes to play without their starting center back for the rest of the night.

But luck slowly started to fall in the way of the fighting Foxes. On the ensuing penalty, goalkeeper Kyle Reynish dove to his right to block the penalty from Omar Salgado. The stop wasn't Reynish's only big play of the night, as the veteran goalkeeper made a pair of big saves in the first half, before adding three more in the second, to finish with five for the evening.

Las Vegas took the lead at the 86th minute on a goal from Rafael Garcia.

Trailing 2-1 and at a one-man disadvantage, the Foxes kept fighting in the Las Vegas heat and eventually hit paydirt in the last minute of stoppage time. Near midfield, Bustamante played the ball back to defender Cory Brown, who sent it across the field to Cooper down the left wing. As the clock waned down, Cooper fired in the low cross that Bustamante connected for the finish. It was Bustamante's third goal of the season, and second against Las Vegas, which also came in stoppage time during Fresno FC's inaugural match back on March 17th. Bustamante entered the match as a substitute at the 30th minute for Caffa as a precaution to injury.

The comeback fell short in front of the home crowd, but this time - in enemy territory - the Foxes pulled it off to keep their hopes alive in the race for the USL Cup Playoffs. With the point, Fresno FC (8W-9L-10D, 34 points) remains in the hunt, just three points behind eighth-place Swope Park Rangers (10-9-7, 37 points) in the USL Western Conference.

Fresno FC returns to Chukchansi Park next weekend, playing host to Reno 1868 FC on Saturday, September 1st. Kickoff is set for 7 p.m. Tickets for the match are available at the Chukchansi Park Box Office or online at tickets.fresnofc.com.

Reynish recorded five saves, including a blocked penalty to help anchor a 10-man Fresno FC side to a 2-2 draw in Las Vegas. 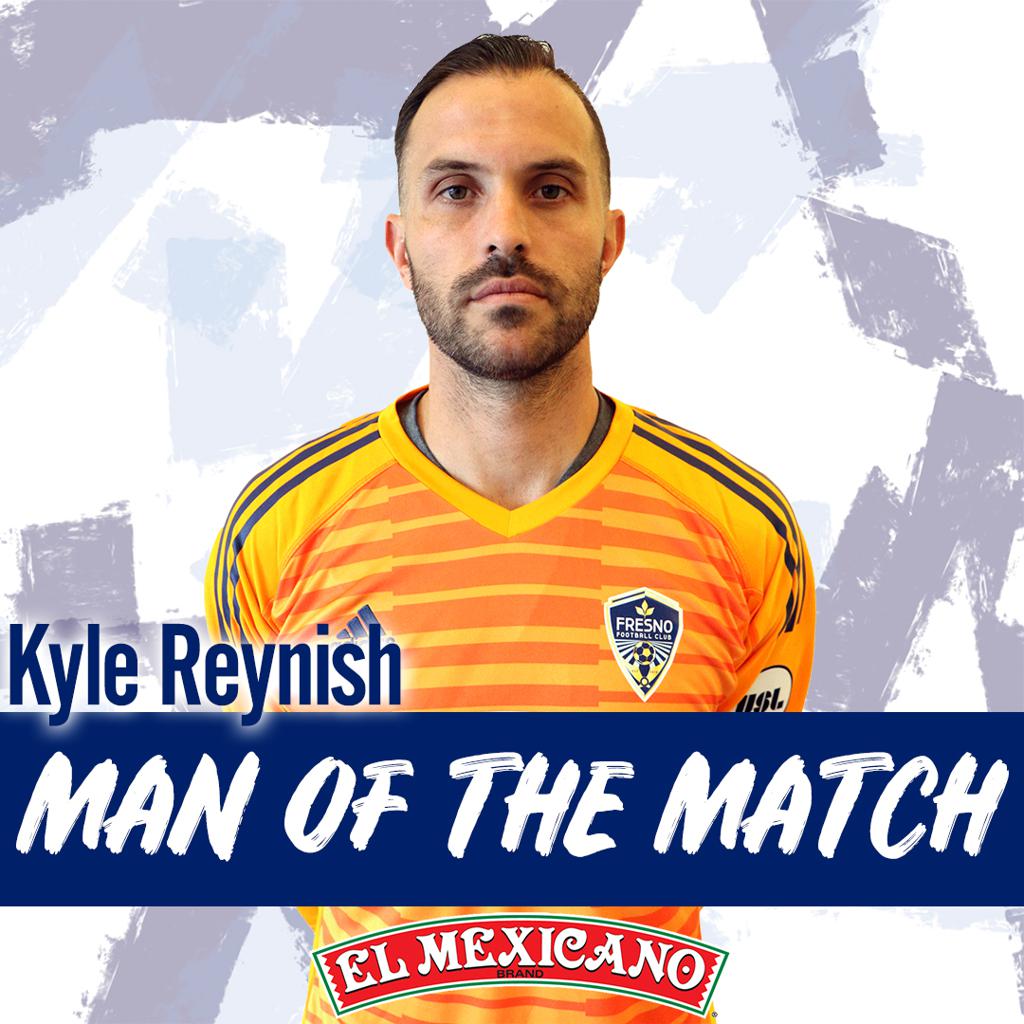