COLORADO SPRINGS, Colo. — It was a hard fought match at Weidner Field, but the Foxes were unable to seal a draw in the Mile High State, as Shane Malcolm's game-winner at the 89th minute saw the Switchbacks win 1-0 on Saturday night. The Foxes (4W-6L-7D) gave the Switchbacks (7W-8L-2D) a run for the eighth-place spot, firing 15 shots at However, all of them were off target or blocked to leave Fresno listless in Colorado Springs.

Forward Christian Chaney had the best scoring opportunity for Fresno at the 31st minute, receiving a ball inside the six and in front of goal only to see his first touch send the ball sailing over the crossbar

The Foxes struggled to penetrate the Switchbacks defense, which collected its seventh clean sheet of the season.

In the second half, Fresno saw another strong chance miss its mark as Rony Argueta was unable to put away a cross from Juan Pablo Caffa on a free kick at the 72nd minute. Argueta, who nearly scored against his former club, had a strong showing otherwise, completing 86.1% of his passes.

A late foul by Danny Barrera at the 84th minute set up a free kick for the Switchbacks about 25 yards from the goal. Malcolm took the kick, which took a deflection off the Foxes' wall and into the upper right corner of the net that held for the win.

The Foxes remain on the road, heading next to Herriman, Utah, to face Real Monarchs on Tuesday. Kickoff is set for 6 p.m. and the match will be televised on ThisTV 26.2 (Comcast 390) and streamed on ESPN+. The match is the start of a difficult four-game stretch for Fresno, as they face the top four teams in the Western Conference: No. 1 Real Monarchs on Tuesday, No. 3 Sacramento Republic on June 30 at home, No. 4 Portland Timbers 2 on July 8 away, and No. 2 Phoenix Rising on July 14 at home.

Argueta had a 86.1% passing rating and had one shot as he took on his former club. 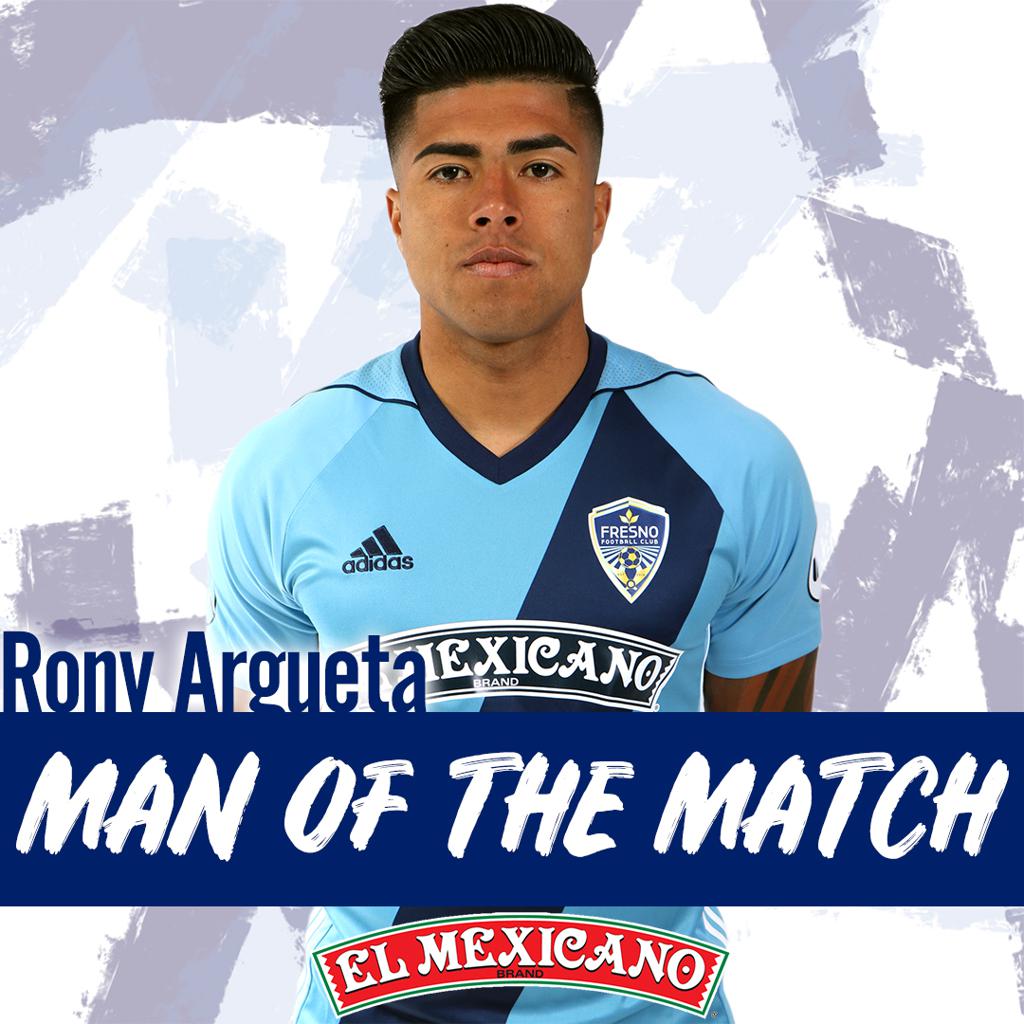