Forward Christian Chaney opened the evening with a goal in the fourth-minute and soon followed it with an assist as the Foxes (4W-5L-7D) rode their offense to a 4-1 win over Swope Park Rangers (7W-3L-4D) on Father's Day.

To start the party at Chukchansi Park, Juan Pablo Caffa found Zachary Ellis-Hayden down the right wing, who then centered a cross into the box that Chaney finished first time.

The Foxes earned another three solid chances over the next 20 minutes, finally striking again when Chaney whipped in cross that Danny Barrera received, cut back, and bagged home from the penalty spot. The first-half onslaught continued as the Foxes pummeled the Rangers with six shots on goal, including a side-volley dagger from Jemal Johnson at the 32nd minute to make it 3-0 for the hosts. It was Johnson's club-best seventh goal of the season, tied for fourth across the entire USL.

In the second half, Los Zorros kept the attack moving as substitute Renato Bustamante came off the bench with an appetite, nearly finding the net in his first five minutes on. He satiated his hunger at the 82nd, knocking in the rebound to put the Foxes up by four.

The Rangers broke the clean sheet at the 86th minute on a goal from Wilson Harris, but were otherwise held silent with Fresno goalkeeper C.J. Cochran hardly bothered with two saves.

The Foxes now head east for their longest road-trip yet, playing at Colorado Springs Switchbacks on Saturday, June 23, and Real Monarchs on Tuesday, June 26th. Fresno FC returns to Chukchansi Park on Saturday, June 30th, in the second edition of the Highway 99 Derby against Sacramento Republic FC.

Chaney had a goal and an assist, all in the opening 25 minutes, to help Los Zorros win 4-1 over fifth-place Swope Park Rangers. 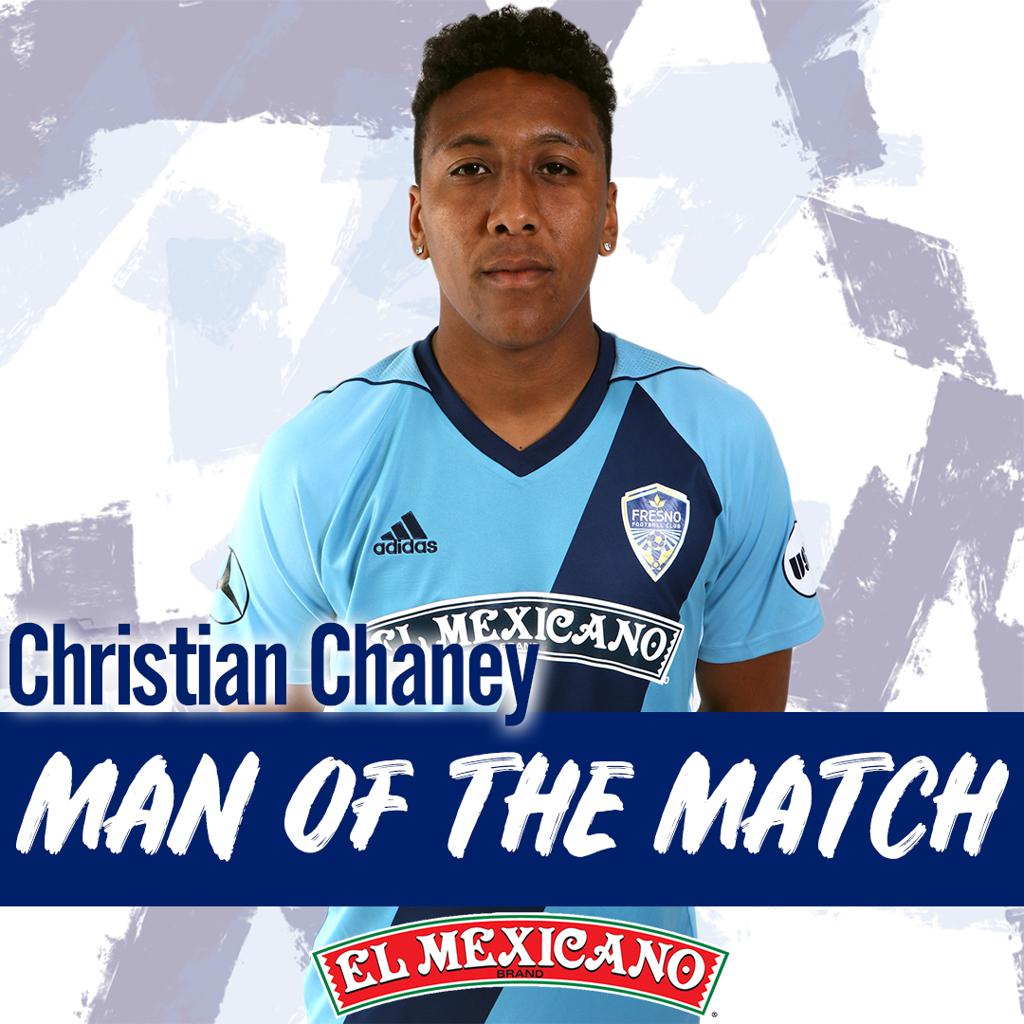