FRESNO - Alex Cooper had an assist and a goal, but the frustrations continued for Los Zorros, who played to a 2-2 draw against visiting Rio Grande Valley FC Toros in the USL Game of the Week on Wednesday. The RGVFC Toros rallied from a goal down twice with the final equalizer coming at the feet of Aldo Quintanilla in the 73rd minute on a pass from Jordan Jones.

The Toros nearly took the lead at the seventh minute when Matias Zaldivar banged a free kick off the right post from 25 yards out. But it would be the Foxes who would strike first, going ahead on an own goal at the 30th minute as Cooper's cross into the penalty area deflected off defender Conor Donovan.

The Toros hit back after halftime as Jesus Enriquez curled in a shot from atop the box and into the top-right corner of the net. Nine minutes later at the 61st minute, Cooper would appear to be the savior, capitalizing on a RGVFC giveaway near midfield. Following the interception, Cooper passed it inside to Renato Bustamante for a two-on-one before receiving it back and ripping it across the goal for the go-ahead.

Los Zorros nearly doubled their lead four minutes later on a corner kick forcing the Toros' defense to race back and clear away the danger. Fresno kept pressing on with Cooper almost earning his second goal of the night, when a he blasted a shot over the cross bar on the volley from Jemal Johnson at 70th minute.

Tied 2-2, Fresno again had opportunities to try and secure three points for the first time in five weeks, but failed to find the back of the net. The club came closest at the 84th minute when Farmersville native Jose Cuevas bent in a free kick from 25 yards out only for it to be saved by a diving Nico Corti.

It was the fifth draw in six matches for Los Zorros, who move to 2-2-6 on the season. They play next at RSL Monarchs on Saturday. Kickoff is set for 12 p.m.

Cooper assisted the Foxes' first goal of the evening and scored the second to power Fresno FC to a 2-2 draw against RGVFC Toros. 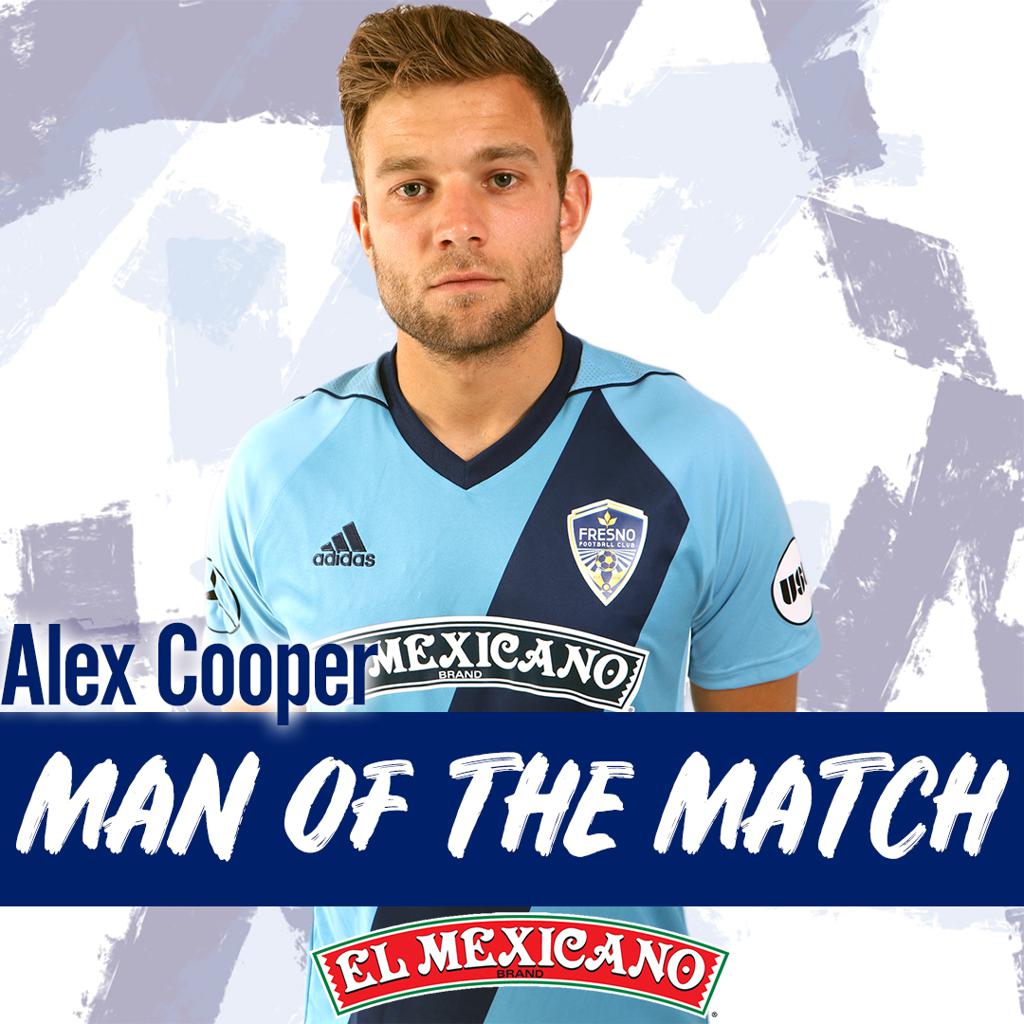