The Foxes left the Arizona desert with a point and another bitter taste in their mouths as for the second time in three matches, as Fresno FC conceded a late second-half equalizer against a 10-man side to settle for a point on the road.

Bringing back flashbacks from last week's draw against Tulsa Roughnecks FC, the Foxes were forced to settle for a 1-1 draw against host Phoenix Rising FC after Alessandro Riggi scored at the 89th minute.

The Foxes went up a man at the 26th minute after Rising's Amadou Dia was given a red card but it came at the cost of an injured Juan Pablo Caffa. Dia made a late tackle from behind on the Fresno FC captain, clipping his heel on the play forcing the 33-year-old Argentine to be subbed off for midfielder Agustin Cazarez.

The advantage went uncapitalized the rest of the half for the Foxes, who put just two shots on goal in the first 45 minutes.

The Foxes came out firing after the break, scoring just two minutes in on Jemal Johnson's first-touch finish on the cross from Alex Cooper. The goal was Johnson's third of the season and most of any Fresno FC player.

Phoenix Rising FC nearly struck early in the match in the 12th minute on Gladson Awako's shot from 8 yards out, but goalkeeper Kyle Reynish made the low-diving save to keep things level through the first 45.

The draw is the Foxes fourth in a row, and second in which they've conceded a goal in the final minutes. Nonetheless, the club's unbeaten streak continues to seven matches with the Foxes next playing at San Antonio FC on May 5.

Johnson's goal at the 47th minute was his third of the season, the most of any Fresno FC player. 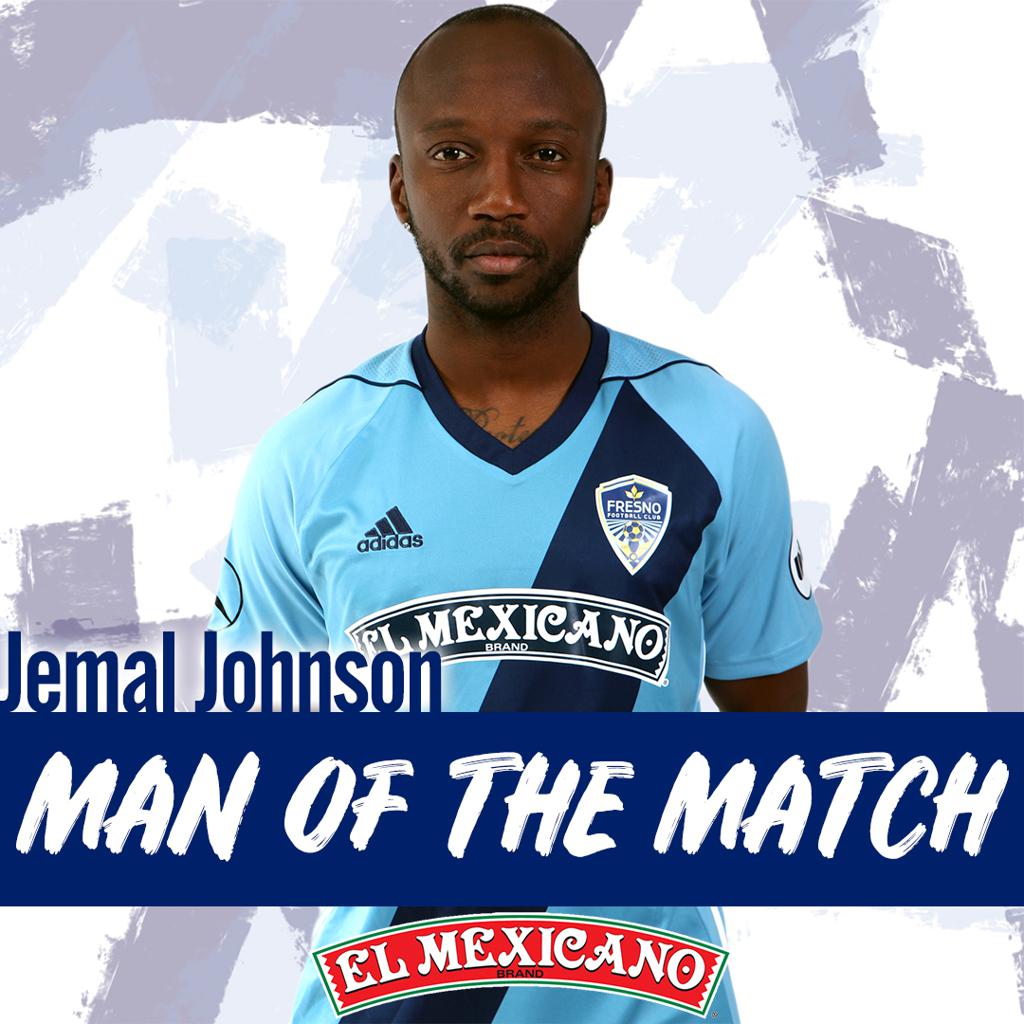