Chevron Corporation will be The Foxes' Official Energy Sponsor for the 2018 and 2019 seasons. 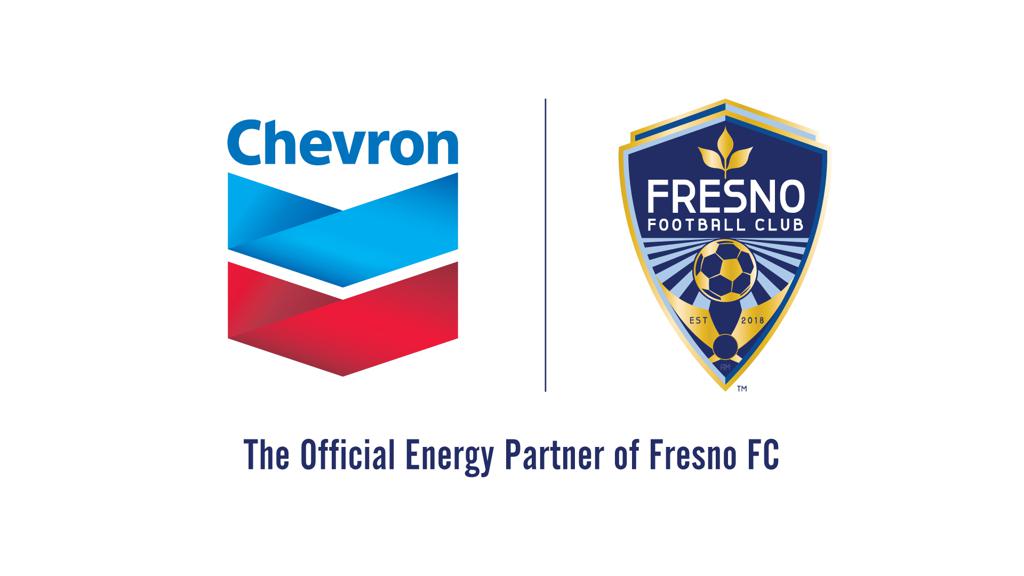 FRESNO – Chevron Corporation will be the Official Energy Sponsor for Fresno Football Club for the 2018 and 2019 seasons, the club announced today.

“Chevron has been a part of the Fresno County community for over a century, helping to supply the energy Fresno County needs – on and off the pitch.  Chevron is proud to be the Official Energy Partner of the Fresno Football Club during its historic inaugural season,” said Megan Lopez, Chevron Fresno County Public Affairs Representative.

Chevron’s commitment to Fresno County dates over 100 years, and tells a story about discoveries, the birth of a community, and a rich history of helping fuel one of the world's most productive agricultural regions. Together, the Foxes and Chevron will further the doer legacy by embracing the beautiful game.

“We’re thrilled to launch this partnership with Chevron, a company that is committed to the future of Fresno,” said Fresno FC general manager Frank Yallop. “Together, Chevron and The Foxes will help create and inspire innovators who aspire to build a better community on the pitch and in the classroom.”

Chevron is a champion for STEM (Science, Technology, Engineering and Math) education in the U.S., supporting students from as young as kindergarten to the university level and has improved the learning experience for more than half a million students, including thousands of students across Fresno County. The partnership with Fresno FC will further that support of STEM education to inspire young, creative minds.

The Foxes are in their inaugural season in the United Soccer League, playing home games Chukchansi Park in downtown Fresno. Fresno FC hosts Tulsa Roughnecks FC on Wednesday, April 18th at 7 p.m. and San Antonio FC on Sunday, April 22nd at 6 p.m. Tickets can be purchased at FresnoFC.com or at the stadium’s box office.

About Chevron Corporation
Chevron Corporation is one of the world’s leading integrated energy companies. Through its subsidiaries that conduct business worldwide, the company is involved in virtually every facet of the energy industry. Chevron explores for, produces and transports crude oil and natural gas; refines, markets and distributes transportation fuels and lubricants; manufactures and sells petrochemicals and additives; generates power; and develops and deploys technologies that enhance business value in every aspect of the company’s operations. Chevron is based in San Ramon, Calif. More information about Chevron is available at www.chevron.com.

About Fresno Football Club
Fresno Football Club, the Central Valley’s first professional soccer club, is a member of the United Soccer League (USL). The club is in its inaugural season and plays home matches at Chukchansi Park in beautiful downtown Fresno. FFC exists to provide a top-class, inclusive and dynamic sporting experience in one of the nation’s most diverse regions. For more information, visit FresnoFC.com.