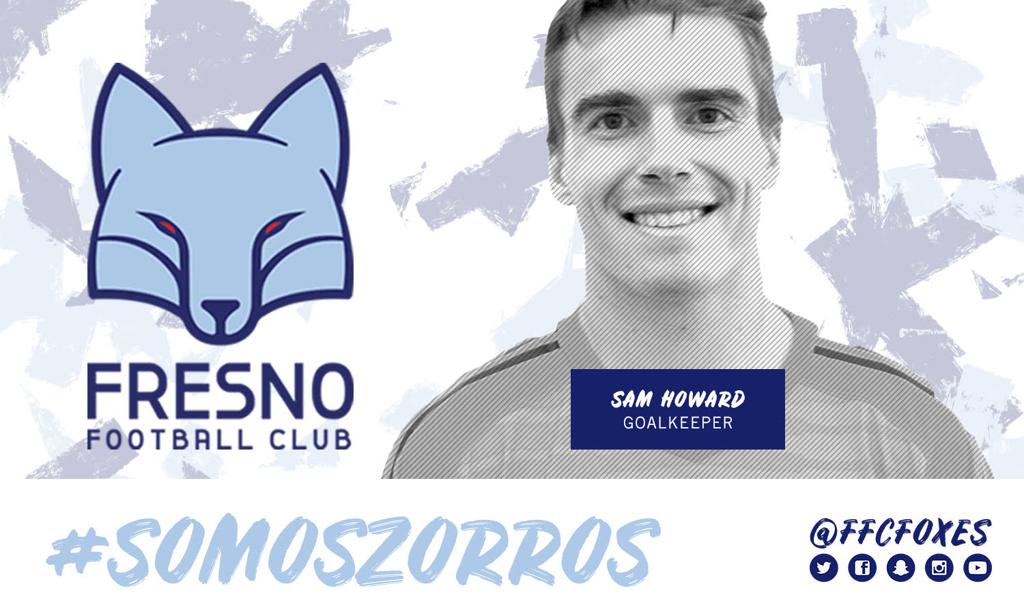 FRESNO - Fresno Football Club announced Thursday the signing of goalkeeper Sam Howard to the club's USL roster, pending league and federation approval. Howard, 25, is signed through the end of the 2018 USL season and will look to add to the Foxes' goalkeeping arsenal behind starter Kyle Reynish.

"We're delighted to bring in another goalkeeper in Sam Howard. He's aggressive between the posts and has displayed quality technical skills. We're eager to have him grow and learn alongside Kyle throughout the season" said head coach Adam Smith.

The 6-foot-2, 176-pound goalkeeper was most recently a MLS preseason trialist with the Chicago Fire in January before landing in Fresno. He spent the previous two years in Sweden's lower divisions with IFK Åmål. He made 68 appearances for the Swedish club, accruing a 48-15-5 career record that included 16 total clean sheets. In early 2017, Howard trained with the USL's Harrisburg City Islanders.

Howard spent his college years playing with Howard University, where he made 92 saves in 18 appearances during the 2015 season. Before that, he played two years at La Salle University. He is a PDL alumnus, having spent the 2014 season with the North Virginia Royals.

In addition to Howard's signing, Fresno FC announced that the following players have been released from their contracts: GK Agustin Rey, MF Alejandro Covarrubias and GK Larry Jackson.

Transaction: The Fresno Football Club and Agustin Rey have agreed to mutually terminate the goalkeeper's contract.

Transaction: The Fresno Football Club and Alejandro Covarrubias have agreed to mutually terminate the midfielder's contract.

Transaction: The Fresno Football Club and Larry Jackson have agreed to mutually terminate the goalkeeper's contract.