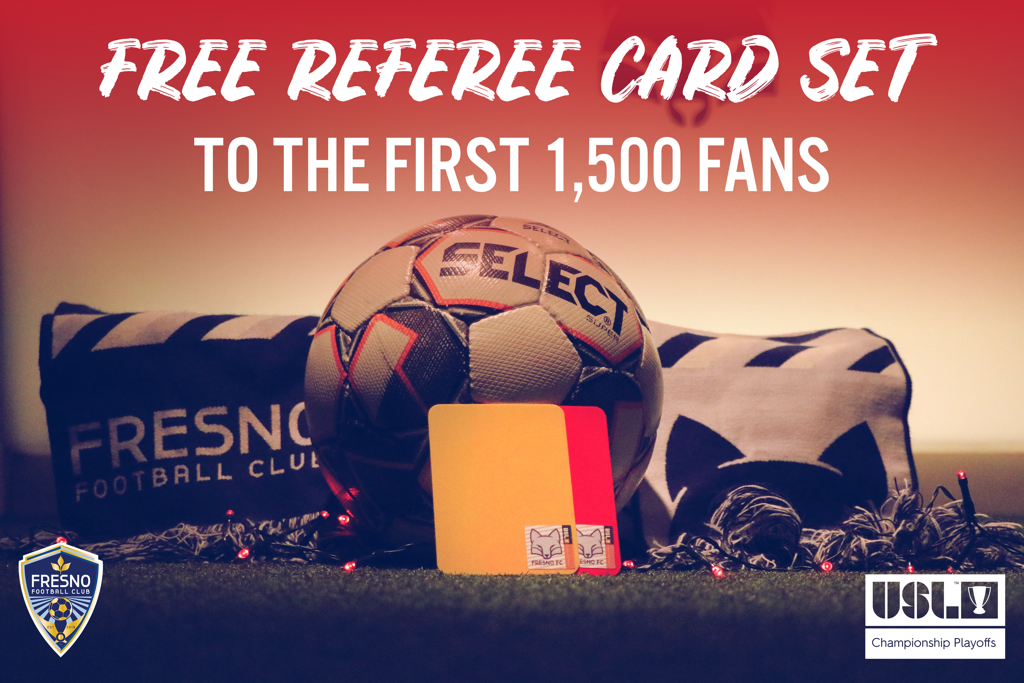 FRESNO, Calif. - Fresno FC (16-9-9) enters the USL Championship Playoffs as the No. 3 seed in the Western Conference, and the Foxes will host No. 6-seed El Paso Locomotive FC in the Western Conference quarterfinals on Saturday at Chukchansi Park. This is the third meeting between the two clubs, with both sides taking their home victories during the regular season. Fresno and El Paso met earlier this month in Texas with El Paso taking a 2-1 result by way of Jerome Kiesewetter's stoppage-time goal. Fresno won 3-0 at home back on June 29th. However, all that is set aside with both clubs making their first appearance in the USL Championship Playoffs on Saturday night. The Foxes will look to correct a lack of form that has seen the club grab just one point over its last six matches, and make true of their No. 3 seeding. El Paso will aim to rebound from a 2-0 loss at LA Galaxy II in the regular-season finale and make a playoff run in its inaugural season. El Paso's strong suit is its defense, which has conceded just 36 goals in 34 games and collected 13 clean sheets in the regular season behind starting goalkeeper Logan Ketterer (12 clean sheets). El Paso's defensive record is just slightly better than Fresno's, as both clubs' defenses are ranked second and fifth, respectively. The winner of this match will meet the winner between No. 2 Reno and No. 7 Sacramento in the Western Conference semifinals. That match will kickoff at 5:30 p.m. PT in Reno.

HEAD COACH ADAM SMITH
On Fresno's first-ever playoff match
"It's playoffs and it's cup football at this point. Anything can happen. We saw what can happen earlier this week in the MLS. We saw the crazy scoreline at LAFC and Galaxy. We saw the late goals at Birmingham and North Carolina, so it is what it is at this point. I will say that I feel that the chips are against us a little bit with the red cards and the suspensions and also the fact that we've had a really tough month.

On El Paso
"We did well against them here, we beat them 3-0, comfortably. CJ made a couple of big saves early on but we put in a very good performance against them. At their place, we were unlucky not to come away with a draw. I do believe they are a very good team. I don't believe they have any suspensions or any injuries, so that being said, they're the favorites. I understand they had to travel and are coming to Fresno FC, but if you're looking at the two team sheets and despite the fact that I'm confident in my group, because of the circumstances they're considered the football. But it's cup football and anything can happen. It could go to a penalty shootout, it could go to extra time. Anything can happen. You've got to have a little bit of the rub of the green and hope one or two calls go your way, hope the ball bounces your way and hope we come out and compete and come out victorious.

On Fresno's recent dip in form
"I believe in my group and I think it's important that they know that they've done really well. They've had a really tough time this last month. There's been a ton of distraction and I truly believe that's had an impact on this group. If you look at our form through the season, look at the results, this has been the only period where we've had a dip in form.  We've only tied one out of five games. And it's not a coincidence since the unfortunate news broke. You can say that is an excuse, or whatever, but it's reality. We'll see what happens tonight. The longer we can keep the fairy tale going, the better it's going to be for everyone. Until then, we're going to enjoy the moment. That's what is most important."