Match Report: Nine-man Foxes side falls at OCSC to close out regular season

No. 3-seed Fresno FC returns to the Valley for the USL Championship Playoffs, beginning Saturday, Oct. 26th at Chukchansi Park

Before the match, Fresno knew its postseason fate as Reno took the No.2-seed with a win earlier in the afternoon.

Los Zorros are the No. 3-seed in the USL Championship Playoffs, and return to the San Joaquin Valley to face No. 6-seed El Paso Locomotive on Saturday, October 26th at Chukchansi Park. Tickets for the playoff match are on sale now at the Chukchansi Park Box Office, online at FresnoFC.com, and by calling 559-320-2525.

At Championship Stadium at Great Park, the Foxes saw a few chances materialize early with two corner kicks and a free-kick in the opening 12 minutes. Though Fresno's strongest chance of the first half came 26 minutes in when midfielder Seth Moses found Zachary Ellis-Hayden down the right side, Ellis-Hayden's left-footed shot just missed the target.

The next 15 minutes were turbulent as Fresno FC saw a goal-line clearance from Mickey Daly and three yellow cards issued. Daly extended his leg to back up goalkeeper CJ Cochran and save the Foxes from an empty-net goal. However, moments after, forward Qudus Lawal was issued his second yellow for a foul during a free-kick service, leaving Fresno with 10 men. Lawal picked up his first yellow in the 29th minute after slipping into an Orange County player. Moses was the other player to be cautioned for his foul in the 34th.

Fresno fought for an equalizer after the break, and nearly received one in the 73rd when Hiroki Kurimoto saw a 1-v-1 with just the keeper to beat, but his low shot was blocked by a sliding Frederik Due.

In the 85th, center back Ramon Martin Del Campo was sent off for his goal-line clearance, that despite hit off his torso, was ruled a handball by center official Elijio Arreguin, leaving Fresno with nine men the rest of the way. Quinn converted the penalty for OCSC, which finished its season in fifth-place in the West. Orange County will play Real Monarchs in its Western Conference Quarterfinal matchup next weekend.

Daly finished the evening with two blocks, including a goal-line save, two tackles, won 3 of 4 aerial duels and completed 82.1 percent of his passes. 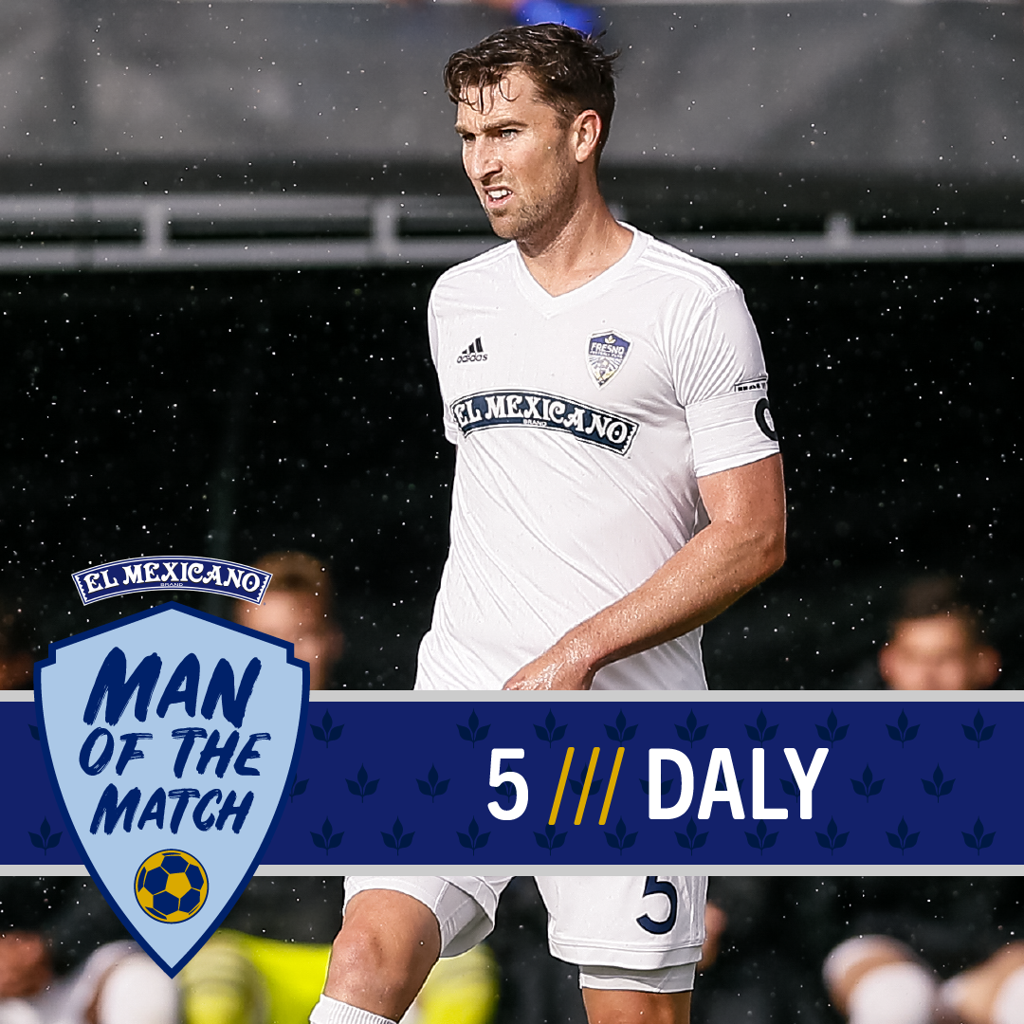