A total of 7,742 fans joined the Foxes in their stand against cancer.

FRESNO, Calif. -  A total of 7,742 fans, Fresno's third-largest crowd in club history, gathered at Chukchansi Park for Fresno FC's Stand Up To Cancer Night, as the Foxes played to a 2-2 draw against LA Galaxy II on Saturday. Fresno FC (16-8-9) ended its three-game skid with the draw and will finish its fight for the Western Conference's No. 2-seed at Orange County SC next Saturday, Oct. 19th.

Los Zorros pressured early, as Devann Yao had a clear shot at goal two minutes in, but his attempt was stopped by LA's Justin Vom Steeg. Ten minutes later, Yao was subbed off with an apparent injury for midfielder Diego Casillas.

Casillas immediately made an impact off the bench, scoring the opening goal at the 22nd minute. The Valley native dipped his head and connected on a cross from Elijah Martin and placed the goal far-post for a 1-0 lead. Casillas nearly doubled the lead three minutes later, only to see his shot saved by Vom Steeg.

| "We got together as a group and said 'You're playing for yourselves, everybody in this locker room, and these opportunities might not ever come again. So it's important we give it everything we got' " #FRSvLA https://t.co/eWFZLQwBsw

Fresno had a chance to regain the lead just before halftime, however, Juan Pablo Caffa's low shot to the right corner was pushed away. Tensions rose as both teams tried to break the deadlock as yellow cards were issued to Fresno's Emir Alihodzic and Hiroki Kurimoto, and LA's Kai Koreniuk.

At the 84th minute, Fresno received an opportunity to take the lead as forward Qudus Lawal was fouled inside the box for a penalty. Caffa converted from the spot to give Fresno its second lead of the night. Visibly upset with the penalty call, LA head coach Junior Gonzalez was sent off by center referee JJ Bilinski.

Los Dos, ultimately had the final say, scoring a stoppage-time equalizer from Mohammed Kamara at the 94th minute as both sides split points.

Fresno will return to Chukchansi Park at least one more time in 2019, hosting the first round of the Western Conference playoffs on Saturday, Oct. 26th at 7:30 p.m. Los Zorros' opponent is yet to be determined. 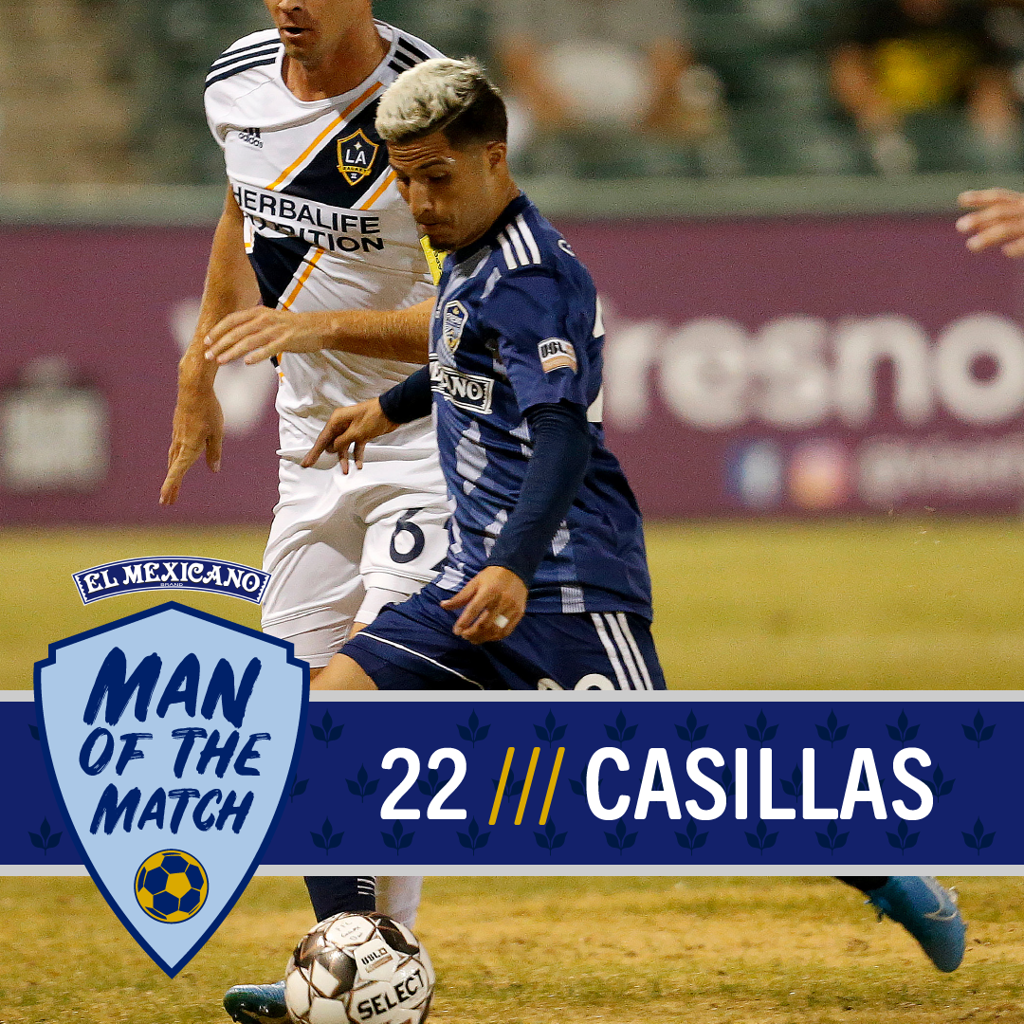 Casillas came off the bench to open the scoring at the 22nd minute and finished the night with two shots, two key passes, two tackles, and three crosses.