Juan Pablo Caffa sparked a potential comeback with his free-kick goal at the 66th minute that leveled the score at 1-1 at Southwest University Park. But it was the hosts who had the final say, finding a stoppage-time game-winner when Jerome Kiesewetter followed up a rebound inside the six-yard box.

The opening 45 minutes went without a goal and just one shot on goal between the two sides with Jaime Chavez firing a long-range shot at the 42nd minute.

After the break, El Paso grabbed the lead on 53rd minute when Chiro N'Toko knocked in a loose ball at the 18 from a corner kick.

Caffa, who entered as a halftime substitute for Chavez, brought life to the Foxes' attack by completing 89% of his passes and nailing the equalizer after he was fouled entering the final third by El Paso's Sebastian Contreras.

Tied 1-1, Caffa nearly produced a game-winner on another set piece, when his service found Jems Geffrard in the penalty area. Geffrard's header missed left of the target.

Goalkeeper CJ Cochran had two saves, including a finger-tip save near the start of the second half.

Los Zorros return to the San Joaquin Valley for their final two home matches of the regular season, hosting Tacoma Defiance this Saturday, Oct. 5 and then LA Galaxy II on Oct. 12. Fresno is unbeaten in their last 11 matches at Chukchansi Park, and is 10-1-4 overall in home matches this season. Tickets for both matches are on sale now at FresnoFC.com and at the Chukchansi Park box office.

Caffa entered the match as a halftime substitute and immediately had his impact felt, scoring an equalizer and completing 89% of his passes. 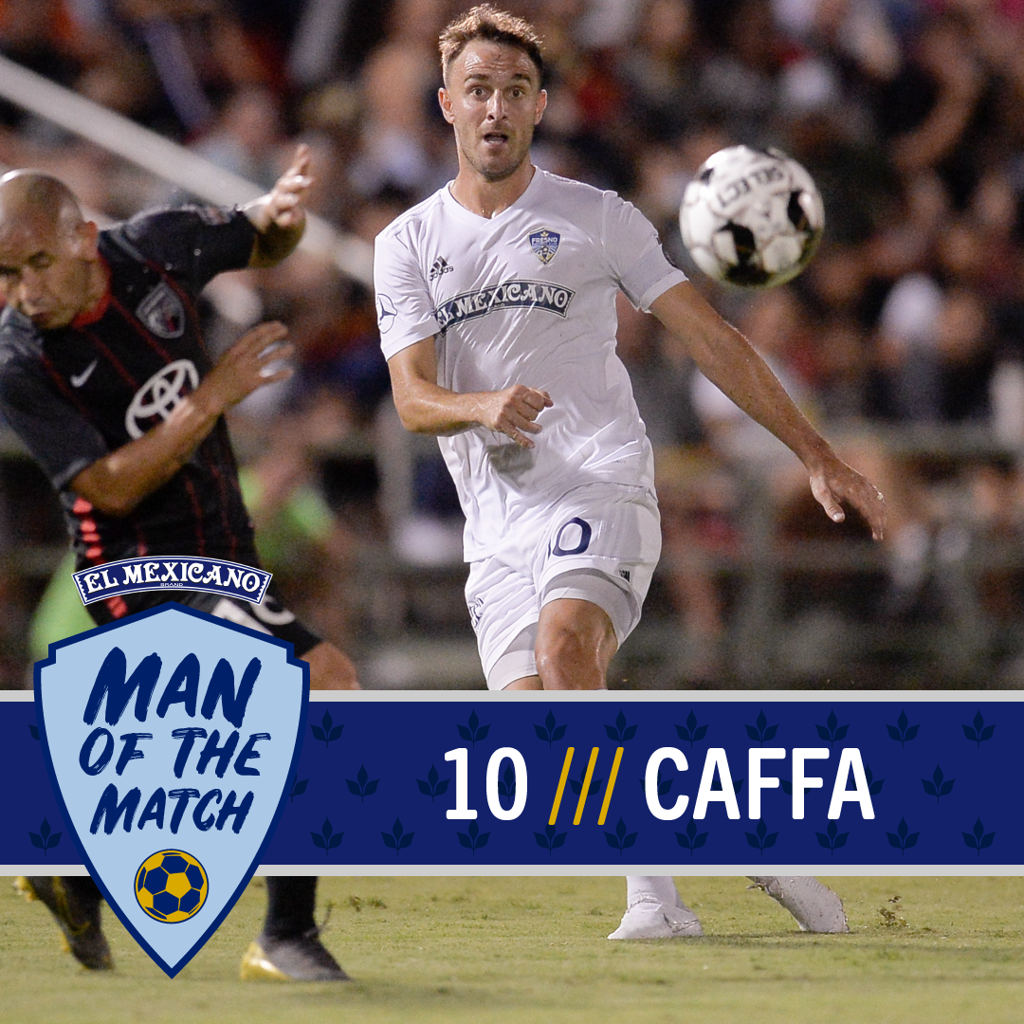