Vote for your El Mexicano Player of the Month! 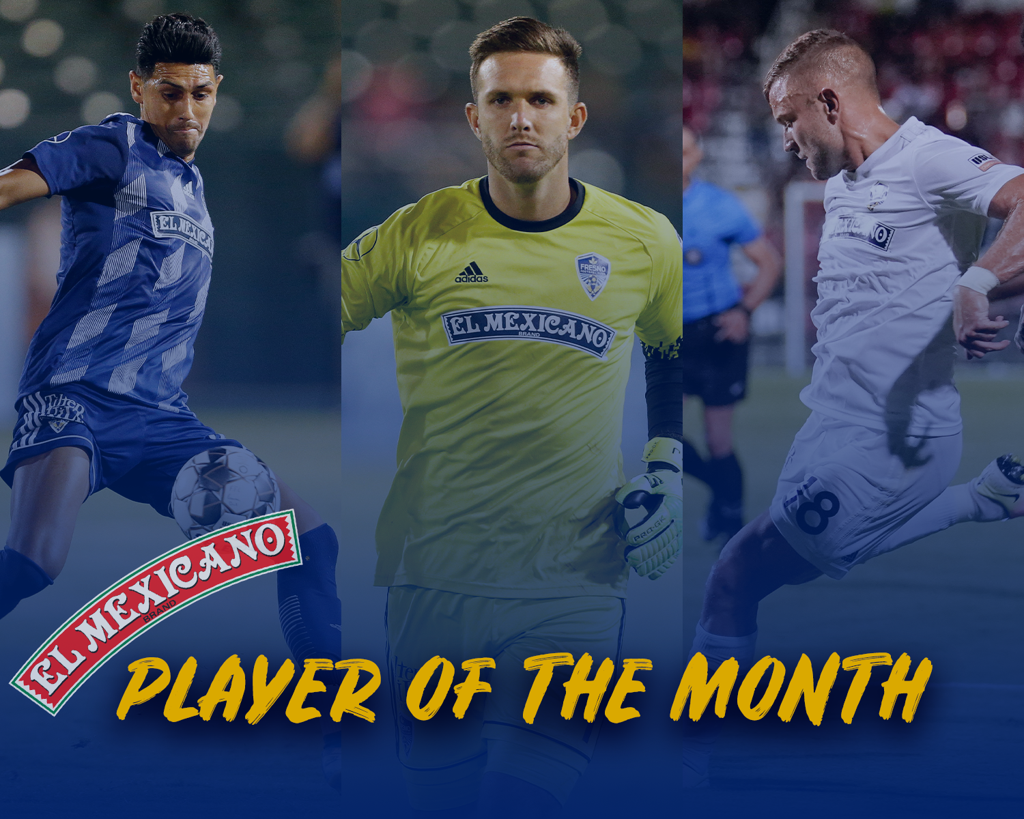 September was a record month for Los Zorros, who clinched the first playoff spot in franchise history with a win over Phoenix Rising FC (that also ended their 20-game winning streak), and a franchise-best 5-0 stomping of RGVFC Toros. Fresno FC finished 3-2-0 in September to keep its hold of second place with a record of 16-6-8 with 56 points as it heads into the final stretch of the USL Championship regular season. Helping lead the way are three candidates for the El Mexicano Player of the Month.

Summer may be over, but Chavez stayed hot through September. The first-year Fresno FC forward scored four goals in five games, including a brace against RGV FC and the go-ahead penalty kick against Phoenix Rising FC that saw him voted the USL Championship Player of the Week for Wek 29.  the He became Fresno's first player to score 10 goals in a season and currently leads the club with 12. In all, he finished the month with four goals, one assist, eight chances created, 11 shots, eight shots on goal in a total of 397 minutes played over five starts.

Cooper has found his form after a string of early injuries and it's paying big as the second-year Fresno FC defender was named El Mexicano Man of the Match twice in September. He showed off his lethal left-foot with golazos against Las Vegas and San Antonio, and finished the month with five shots on target, eight key passes, and four tackles.

Cochran proved his dominance between the posts in Week 29, when he stopped three penalty kicks - one against RGV FC to complete the clean sheet - and two against Phoenix star Solomon Asante that helped Fresno clinch its spot in the playoffs and Cochran a spot on the USL Team of the Week. Cochran, who along with Ramon Martin Del Campo has played every minute of 2019 for the Foxes, finished September with 13 saves, five crosses claimed, two punches, and one clean sheet to bump his tally to seven this season.

Voting for El Mexicano Player of the Month for September closes on Monday, October 7th at 11:59 p.m. PT.

Fans have voted for center back Ramon Martin Del Campo three times as the El Mexicano Player of the Month for March/April, July and August. Defender/midfielder Elijah Martin took the award in both May and June.