Fresno FC heads next to El Paso on Wednesday, Oct. 2.

SAN ANTONIO - Fresno's chance to secure a home playoff was put on hold as the Foxes fell 2-1 at San Antonio on Saturday.

The Foxes (16-6-8) nearly bit first, as Jaime Chavez's header at the 10th minute was punched right off the line by San Antonio goalkeeper Matt Cardone. It was the first of three solid opportunities for Fresno, with Hiroki Kurimoto and Juan Caffa earning a pair of looks over the next two minutes that went unconverted.

The hosts went on to score first, as Walter Restrepo broke away for a right-footed finish at the 15th minute. Trailing 1-0, Fresno kept knocking on the door in search of an equalizer and went into the halftime break with four shots on target to San Antonio's two.

In the second half, the Foxes again came out firing and earned a golden opportunity as substitute Jackson was taken down just above the 18. That set up a free-kick for left winger Alex Cooper, who cleanly split the San Antonio wall and left Cardone frozen as his shot curled just inside the right post for the equalizer.

Two minutes later, Cooper sparked another chance, sending in a cross to Chavez that was again parried away by Cardone. Fresno saw two more opportunities from Jackson and Suleiman Samura but was unable to find the final touch inside in the penalty area.

The hosts eventually found a game-winner at the 68th minute from Moises Hernandez who snuck one just inside the left post.

As tensions rose to secure points in San Antonio, the aggression rose with it, resulting in seven yellow cards in the second half - seven to San Antonio (Yaro, Restrepo, Castillo, Parano) and three to Fresno FC (Samura, Jackson, Geffrard).

Fresno FC remains in the Lone Star State, playing at El Paso Locomotive on Wednesday, Oct. 2 at 5:30 p.m. PT. The Foxes return home next weekend, hosting Tacoma Defiance on Saturday, Oct. 5th at Chukchansi Park. Tickets for the match, and the club's regular-season finale on Oct. 12th, are on sale now at FresnoFC.com and the Chukchansi Park Box Office.

Cooper scored a dazzling free kick and finished the night with a team-best four key passes, along with two shots on target, and nine crosses. 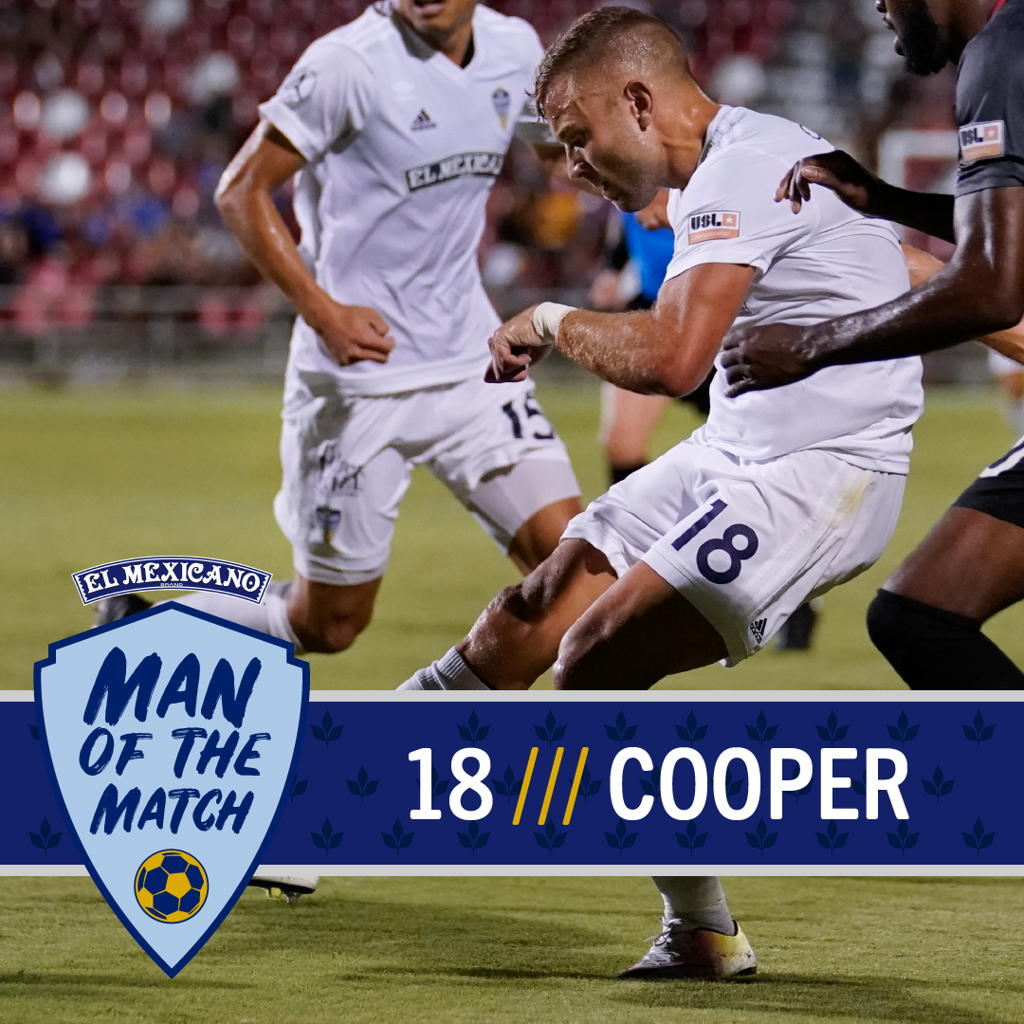