FRESNO, Calif. - Head Coach Adam Smith was hungry for his Zorros to deliver a beatdown on an opponent this season, and he received that and more Wednesday night when Fresno FC thrashed Rio Grande Valley FC, 5-0, at Chukchansi Park. It marked the first time Fresno (15-5-8) scored five goals on an opponent, while also extending its home unbeaten streak to 10 in a row.

Los Zorros came out gunning, with forward Qudus Lawal nearly striking at the third minute. However, Lawal just needed to wait three more minutes to hit paydirt, firing a low, left-footed shot off the post and into the back of the net to open the scoring.

Nearly 20 minutes later, the Toros saw an opportunity to equalize when Zach Ellis-Hayden was whistled for a foul in the box for taking down RGV's Deshane Beckford to set up Carlos Small for the penalty kick. Small shot to his right, but was denied as Fresno goalkeeper CJ Cochran made the diving block to keep RGV off the board.

It was at this moment the momentum switched on for Los Zorros, who soon after doubled their lead as Emir Alihodzic converted his own penalty kick at the 30th minute.

| "I've been quite aggressive with them in terms of what I want them to do and I've been very, very clear and they've gone and done it. Credit to everyone back there in that locker room." #FRSvRGV #somoszorros #stayhungry https://t.co/dCnSB9zK3B

Just before halftime, Fresno made it 3-0 as Jackson dribbled from box-to-box and then connected with Chavez, who sent a curling strike into the bottom-right corner from 22 yards out.

After the break, the goals kept coming with Alihodzic providing Chavez with an assist on his second goal of the night at the 61st minute. Two minutes later, Lawal matched Chavez's brace, banging in a loose ball on a corner kick to make it 5-0. It was the first time in club history that Fresno has had two players score more than one goal in a game. It also was Lawal's third brace of the season, the most multi-goal games of any of his teammates.

RGV saw another goal-scoring opportunity late, but the Toros were again stopped by Cochran. Cochran finished the night with three saves to record his seventh clean sheet of the season. The clean sheet also snapped Fresno FC's streak of 10 games without a shutout.

Chavez now has 11 goals on the season, tying Jemal Johnson and Juan Pablo Caffa the club record for most in a USL Championship season. Lawal is right behind with nine goals and Jackson moves into the club-lead for assists at six.

With the three points, Los Zorros move into second place in the Western Conference and will have two days rest before hosting first-place Phoenix Rising FC (22-2-5) on Saturday, Sept. 21st at Chukchansi Park. Kickoff is set for 7:30 p.m.  Fans can purchase tickets at FresnoFC.com and the Chukchansi Park Box Office.

Chavez scored two goals for his second brace of the season on Saturday night and assisted one more to lead Fresno FC to a 5-0 rout of RGVFC Toros. 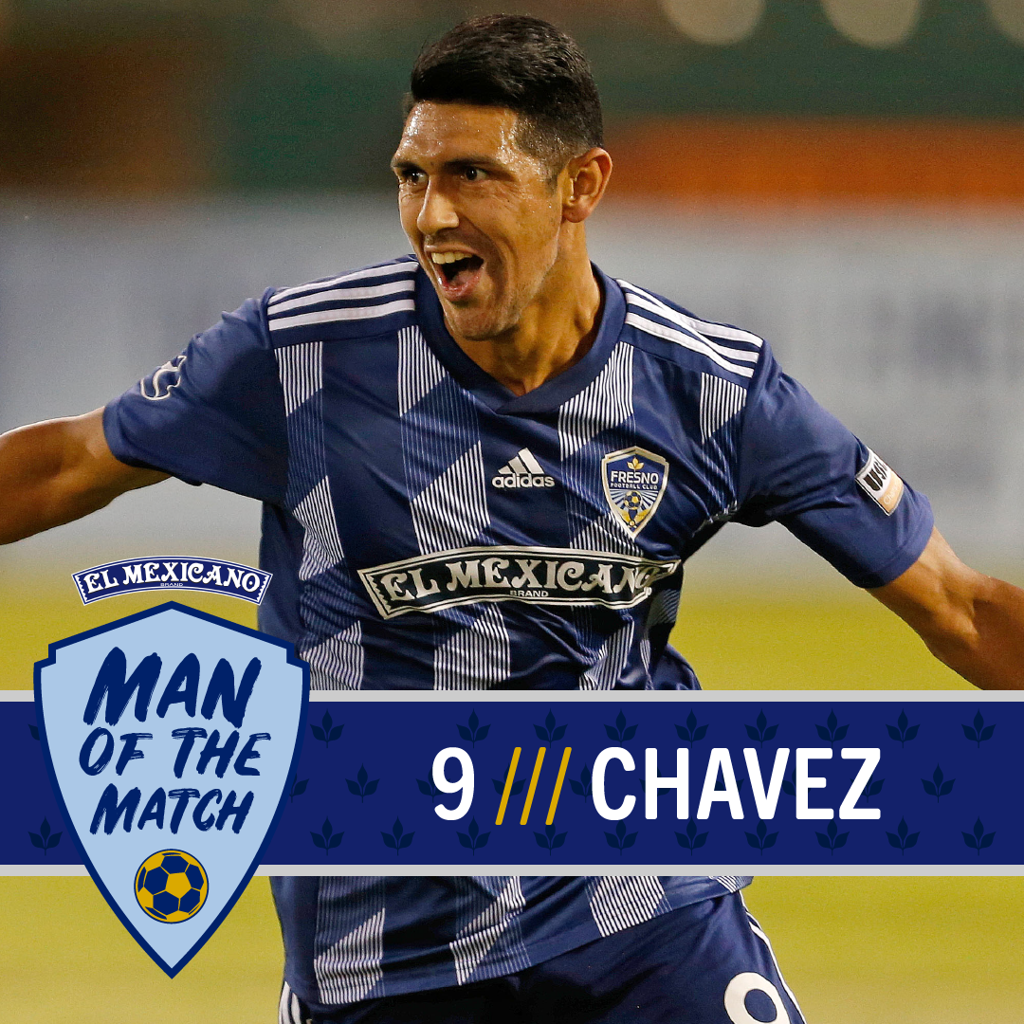