LAS VEGAS - Los Zorros closed their three-game homestand in Las Vegas on Saturday, falling 3-1 to the Lights at Cashman Field. Left back Alex Cooper opened the scoring with an incredible long-distance strike at the 17th minute, but the home team rallied to split the season series.

A little while later, Cooper opened the events, stopping a Las Vegas clearance with his right foot, and then smashed the ball with his left, that arched 30 yards and just over an outstretched Olsen for a 1-0 lead. It was Cooper's first goal of the season.

At the 21st minute, the Lights equalized on Cristian Martinez short goal inside the penalty area after gaining possession in the box. Fresno nearly retook the lead two minutes later, but Jackson's effort missed over the crossbar.

After the halftime break, Vegas would connect twice more, taking the lead at the 58th from Tabor Etaka and then doubling it at the 71st when the Lights were awarded a penalty that Parra converted.

Fresno (14-5-8), remains in second place in the Western Conference, three points ahead of Reno (14-9-5) with one game in hand. Los Zorros return to the Valley for two games in four days next week, hosting RGVFC Toros on Wednesday, Sept. 18th and then first-place Phoenix Rising FC on Saturday, Sept. 21st. Tickets for both matches are on sale now at FresnoFC.com and the Chukchansi Park Box Office.

Cooper opened the scoring with a beautiful long-distance strike at the 17th minute. He finished the evening with five crosses, three shots, one key pass, and two clearances. 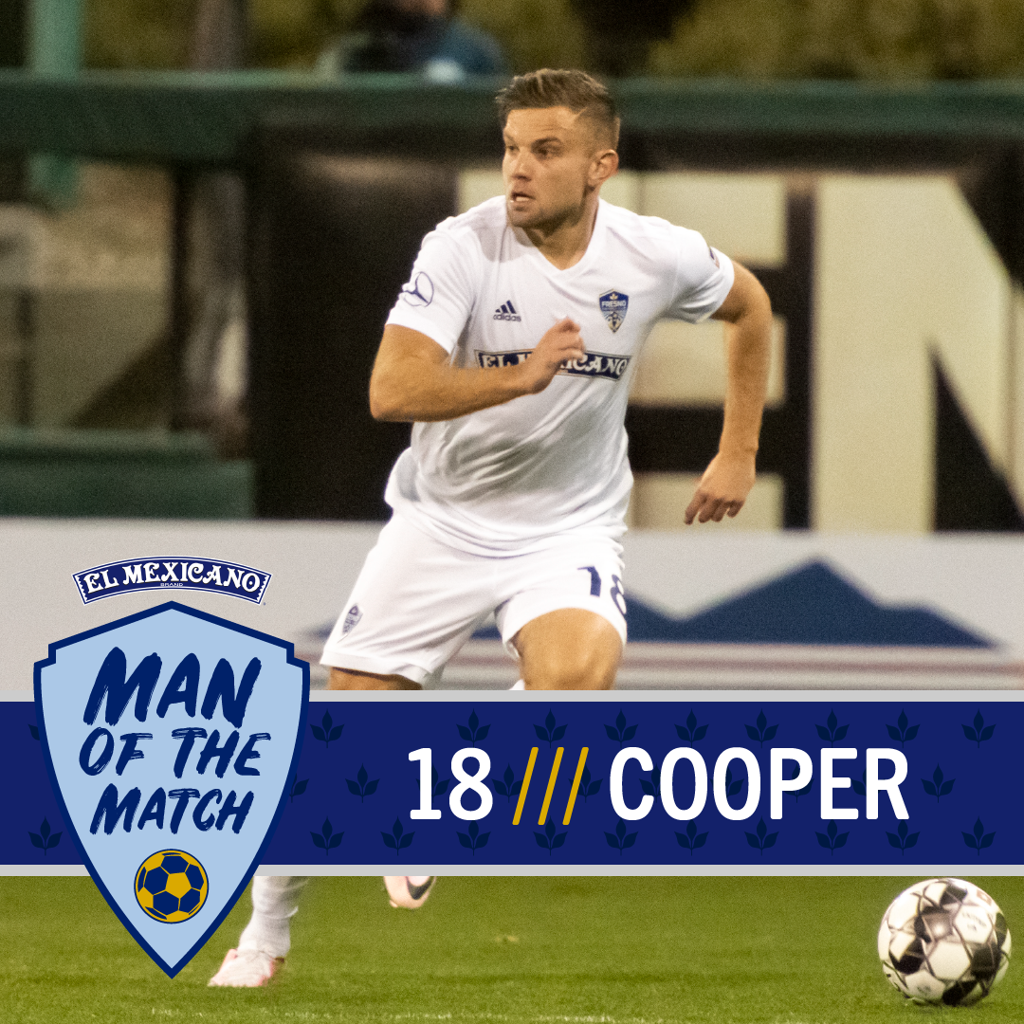