Vote for your August El Mexicano Player of the Month! 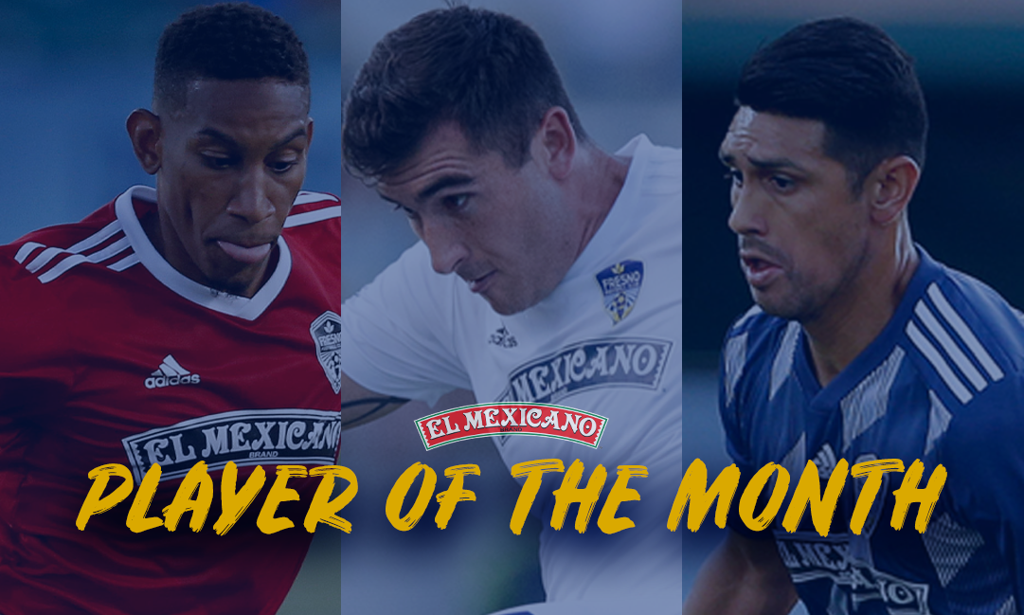 Los Zorros kept the momentum rolling in August, going 3-1-1 to grab sole possession of second place in the Western Conference at 47 points with a 13-4-8 record. Helping lead the way for are three candidates for the August Player of the Month, brought to you by El Mexicano.

August was a hot, hot month for Chavez, who started the month with a brace against Las Vegas, and finished it with five goals in five games that saw him take the crown of highest goalscorer with eight on the season. The 32-year-old Southern California native played a total of 423 minutes in August, firing 15 shots, including nine on goal, and contributed nine key passes in that span. Chavez is also a candidate for USL Championship Player of the Month.

Providing Los Zorros with a constant threat along the right side, Ellis-Hayden's month of August saw him provide 27 crosses, seven key passes, and two assists (both to Chavez), in a total of 438 minutes played. Offensively, the second-year Fresno FC winger also recorded four total shots, including one on target, while also remaining a stalwart on defense with eight interceptions, four clearances and 10 tackles. He was also named El Mexicano Man of the Match against Real Monarchs and Tulsa.

Del Campo's consistency is his strong suit as the 26-year-old center back has yet to miss a minute of action in 2019, playing all 450 minutes in August. But it was on the offensive side of the ball where Del Campo was the most dangerous, scoring two game-winning goals last month - the first against OKC and the second against Colorado Springs, which also saw him earn two USL Team of the Week awards. Del Campo recorded five shots, two of which were on frame and three key passes of offense. Defensively, his 13 clearances and six blocks in August were the most among his teammates. Del Campo has been selected twice as the club's Player of the Month.

Voting for El Mexicano Player of the Month for August closes on Monday, September 9th at 11:59 a.m. PT.

Fans have voted for center back Ramon Martin Del Campo twice as the El Mexicano Player of the Month for March/April and again in July. Defender/midfielder Elijah Martin took the award in both May and June.