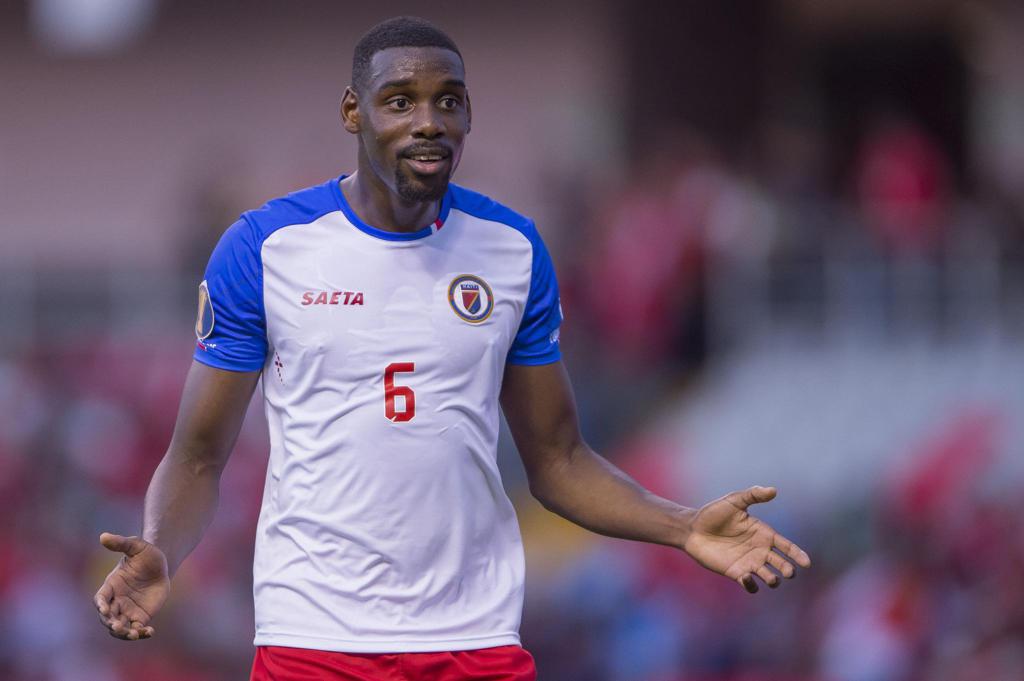 Jems Geffrard with Haiti at the 2019 CONCACAF Gold Cup

FRESNO, Calif. - Two months after making an impressive debut at the 2019 CONCACAF Gold Cup, Fresno FC defender Jems Geffrard is back with the Haitian Men's National Team. Geffrard, who recently started two matches for Los Zorros, is one of 28 players across USL Championship and USL League One to earn an international call-up this week.

Haiti will play a home-and-home series against Curaçao to kick off the 2019 Concacaf Nations League group stage. The first match is this Saturday, September 7th at Port Au Prince's Stade Sylvio Cator, followed by a Sept. 10 meeting at Curaçao's Ergilio Hato Stadium.

For Geffrard, it was a bittersweet departure, not wanting to leave his club and their successes in the USL Championship, but also wanting to reunite with his old comrades who made history helping Haiti reach the Gold Cup semifinals for the first time.

"Here in Fresno, we're doing so well, and I was excited to come back and be part of it. But now, I'm also looking forward to going back and joining my brothers again for these two games," Geffrard said. Geffrard recently made two starts for the Foxes, jumping into Coach Adam Smith's 3-back system against Colorado Springs and Tulsa. He has appeared for Fresno four times this season, and once in the US Open Cup.

It was at the Gold Cup where Geffrard helped Haiti make history, claiming the title of interception king for the tournament with 18 balls recovered. Geffrard started in four of five matches at the biannual confederation tournament, and in the 120-minute semifinal against Mexico, he recorded nine interceptions, completed 22 of 26 passes, and did not commit one foul.

Jems Geffrard, Haitian power ! One of the best ball-recovery players in #GoldCup2019. He recovered 18 balls in total. #ThisIsOurs #EstoEsNuestro @JemsGeffrard

Despite the stellar performance, Geffrard was just thrilled to make history with his Haitian brothers.

"It was special you know, to be with them and to enjoy the moment. Reaching the semifinal was something that we did not expect, but that was our goal. And at the end, we knew we made it, that we could do things no other Haitian team has done before," he said.

Geffrard vividly remembers the day he received the invitation to the Gold Cup training camp in Costa Rica for the Haitian National Team.

Once the news was out, parents, friends, and teammates from all over the globe flooded Geffrard's phone with dozens of texts and calls after each game - all words of encouragement saying 'well done, good job, and to keep going,' Geffrard said.

"I'm just proud of what we did to make our country proud. To put Haiti on the map was great for us. That's what we play soccer for. To enjoy those moments."

Geffrard and Haiti will kick off at 3 p.m. on Saturday, Sept. 7, and at 6 p.m. on Tuesday, Sept. 10th. Both matches will be streamed on FloSports. Haiti's next two matches in the CONCACAF Nations League A are scheduled for Oct. 10 and Nov. 17 against Costa Rica.