FRESNO, Calif. - Rising above three Switchbacks defenders at the 90th minute, center back Ramon Martin Del Campo headed in the game-winning goal to lead Fresno to a 2-1 victory that moves the Foxes into sole possession of second place in the Western Conference.

It was the Foxes (13-3-8) fourth win in five games, extending their unbeaten streak to five in a row overall and nine in a row at Chukchansi Park.

It took more than an hour for a goal to come, with the visitors striking first on Saeed Robinson's long-distance strike at the 63rd minute.

Four minutes later, however, Fresno sparked its comeback when midfielder Hiroki Kurimoto piercing a shot on the volley that took a deflection and landed in the back of the goal to make things level. Moments before the goal, Juan Pablo Caffa saw his freekick denied by the crossbar, and Elijah Martin's follow-up was stopped by Switchbacks' goalkeeper Abraham Rodriguez.

| "That's what it takes to be a championship team. Even when the day is not the brightest is to come through to find a way to get it, and we did." - @citocito12 #FRSvCOS #somoszorros #stayhungry https://t.co/xTspJBcAjQ

Still, the Foxes turned on with Kurimoto's first career goal in a Fresno FC uniform. Fresno nearly grabbed the lead in the final five minutes of regulation on chances from Christian Chaney and Juan Pablo Caffa, before a corner kick at the 90th to set up Del Campo's game-winner. Caffa put the ball into play, connecting with center back Mickey Daly who headed it towards goal where Del Campo was able to drive home the dagger. It was Del Campo's third goal of 2019.

The Foxes next hit the road for their next three matches, playing at Tulsa, Reno and Las Vegas, respectively. Fresno FC returns to the Valley on Wednesday, September 18th against Rio Grande Valley. The following Saturday, September 21st, the Foxes take on first-place Phoenix Rising FC in a battle of the two best teams in the conference. Tickets for both matches are on sale now at FresnoFC.com and the Chukchansi Park Box Office. 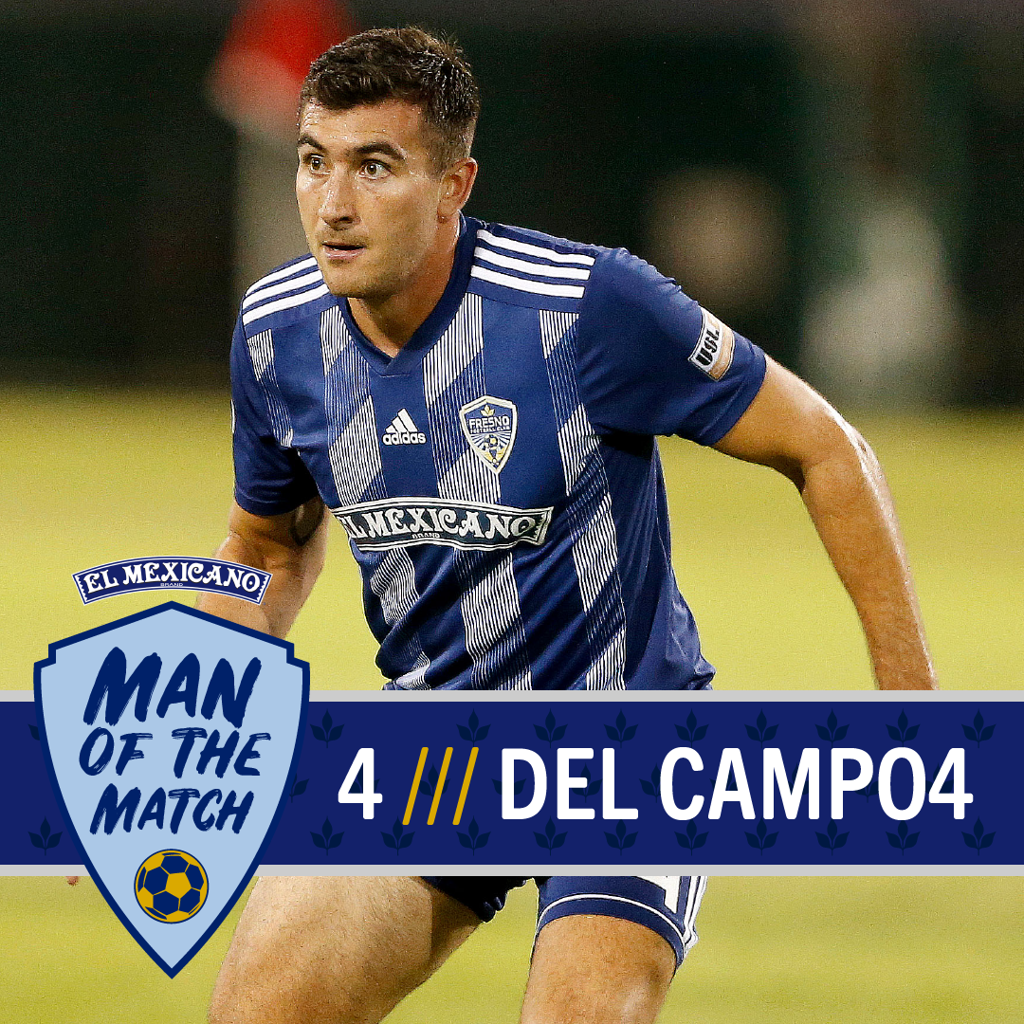 Del Campo scored the game-winning goal, his third of the year, and put on a solid defensive display, winning 7 of 9 duels, 6 of 7 aerials and recording three clearances.