FRESNO, Calif. - Fresno FC extended its home unbeaten streak to eight games on Friday, drawing 1-1 with Real Monarchs in the final Fuego Friday of the season. With the draw, and a Reno 1868 FC loss, Fresno FC (12-3-7) moves into a tie for second place in the Western Conference, sitting alongside Reno at 44 points.

Forward Jaime Chavez continued his hot August, scoring his fourth goal in three games when he put away a header at the 38th minute. Right winger Zach Ellis-Hayden scissored two defenders and sent in a cross that found a diving Chavez, who put the ball in the back of the net for his seventh goal this season. Chavez is now tied with Qudus Lawal and Jemal Johnson for the club's most goals at seven.

Los Zorros opened their attack at the 18th minute, when captain Juan Pablo Caffa fired a left-footed shot from distance that nearly got past Real Monarchs' David Ochoa. Fresno had two more chances after the halftime break, with long-range shots from Suleiman Samura and Jemal Johnson landing on target, but stopped short by Ochoa.

Real Monarchs leveled the scoring at the 71st minute when Douglas Martinez scored on a cross from Maikel Chang. 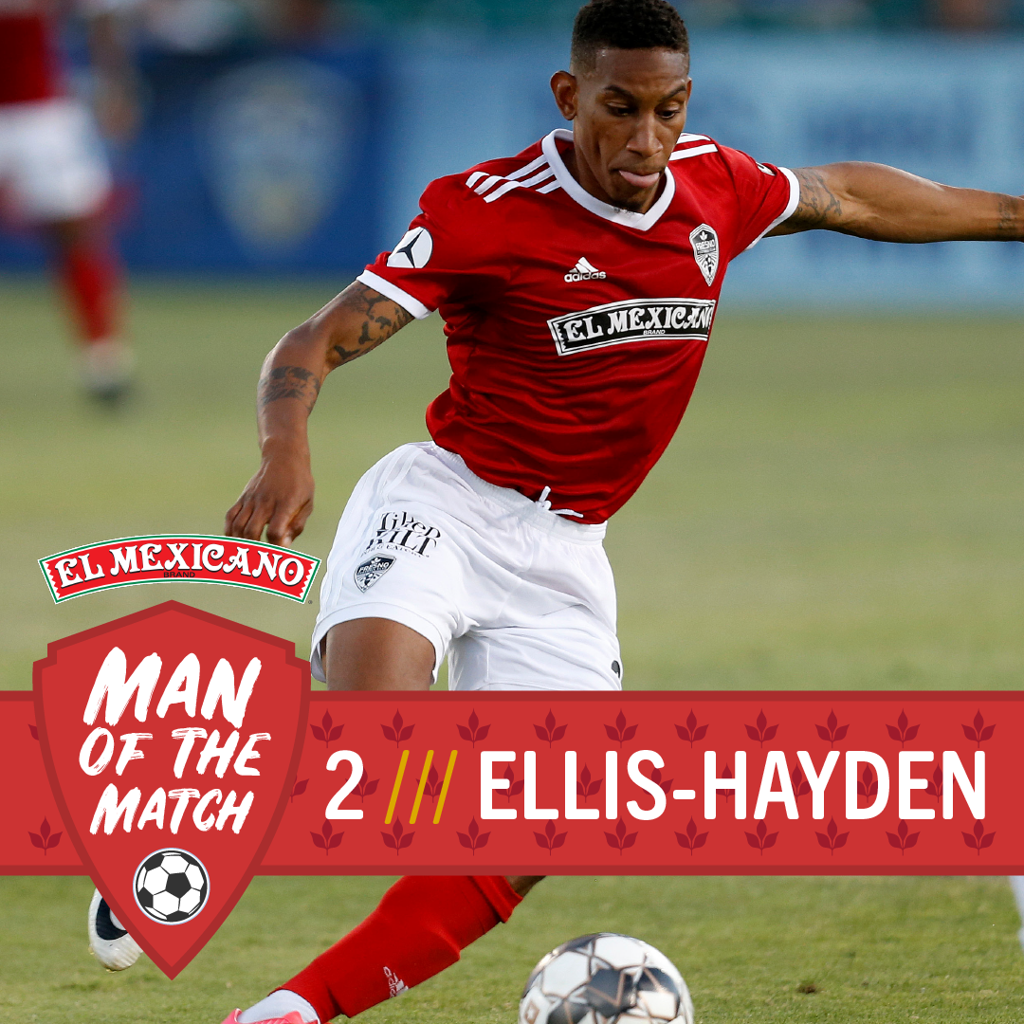