Del Campo scores the game-winner at the 79th minute.

Energy FC (7-8-9) opened the scoring at the 23rd minute on a header from Kyle Hyland, but the lead was shortlived as Fresno FC forward Jaime Chavez headed in the equalizer four minutes later on a corner kick. It was Chavez's third goal in two games, increasing his tally to six this season. Jemal Johnson provided the delivery for his second assist in two games. Johnson now has four assists in 2019.

Things remained level until late in the second half when the Foxes converted on another set piece as Del Campo won the initial header on Johnson's free kick and then soon after booted the rebound just inside the post for the lead. It was Del Campo's second goal of the season. He also scored in the club's 2-1 win over Portland Timbers 2 on July 20.

Midfielder Suleiman Samura made his USL Championship debut in the victory, starting as a central midfielder. Samura, a former Fresno FC U-23s player who was signed to the pro side last month, completed 32 of 37 passes, made two tackles and two interceptions in 79 minutes played.

Also making his USL Championship debut was defender Jems Geffrard, who entered as a substitute at the 79th minute for Zach Ellis-Hayden. Geffrard, who played in one Open Cup match for Fresno FC in May, recently returned to the team after spending the summer with Haiti at the CONCACAF Gold Cup.

Fresno FC returns to the Valley next Friday, August 16th against Real Monarchs (10-7-4) for the third and final Fuego Friday of the season. Tickets are now on sale and can be purchased at FresnoFC.com or the Chukchansi Park Box Office. 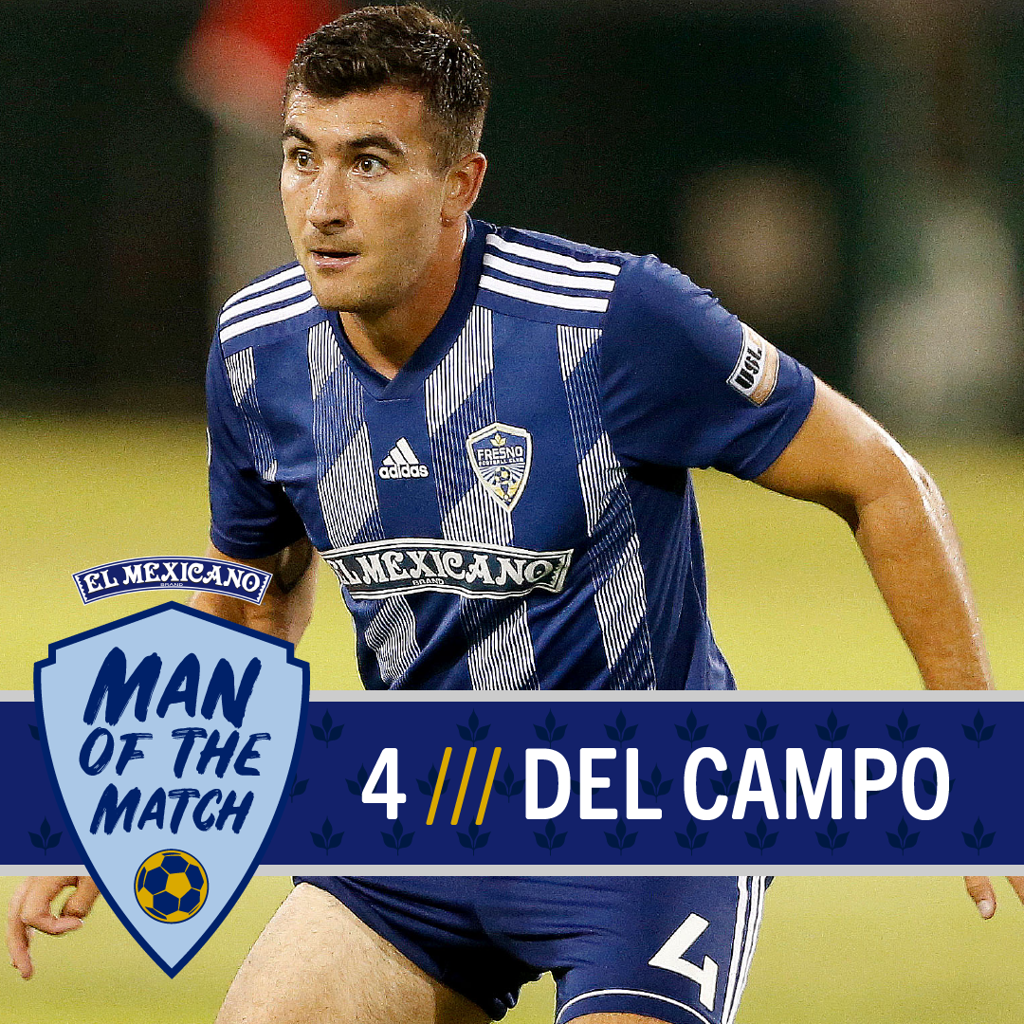