CJ Cochran had five saves to be named the El Mexicano Man of the Match.

AUSTIN, Texas - The Fresno Foxes saw their franchise-record win streak come to an end in Texas, where they fell 1-0 to Austin Bold FC on Saturday. Promise Isaac's goal at the 43rd minute was just enough for the hosts to take all 3 points.

Fresno FC nearly struck at the fourth minute, when Alex Cooper sent in a cross from the left side but Qudus Lawal couldn't put his finishing touch on frame. Thirteen minutes later, Lawal had another opportunity, this time curling in a low shot at the right corner, only to see it slapped away by Austin goalkeeper Diego Restrepo. Lawal nearly made up for it on the following corner kick, but his side volley sailed wide left.

The Foxes almost got their equalizer in the second half, coming closest on consecutive headers just before the 70th minute. The first saw Diego Casillas find Jaime Chavez with a perfect cross into penalty area, but Chavez' header was punched over the crossbar by Restrepo. A few minutes later, it was Casillas on the receiving end, but his header - low and into the right corner - was also stopped by the Austin goalkeeper. Casillas, who entered as a halftime substitute for Jackson, finished with a team-high three key passes. Lawal, who was subbed off at halftime for Christian Chaney, came off the field with five shots, including two on goal, to lead Fresno.

On the other end of the field, the hosts tested goalkeeper CJ Cochran, who finished the night with five saves, three in the first half. Left back Zach Ellis-Hayden made a team-high four tackles, and center back Ramon Martin Del Campo had five interceptions and three clearances to lead the backline.

Fresno FC continues its record-breaking season at home next Saturday, August 3rd against Las Vegas Lights FC for Hometown Heroes Night. The Foxes are hosting a doubleheader also featuring the soccer teams from the Fresno Fire Department and Fresno Police Department beginning at 4 p.m. Fans can purchase $12 tickets that grants entry to both matches with the proceeds going to charities Survivors of Police Suicide and the Leon S Peters Burn Center at Community Medical Centers. To access the tickets, visit tickets.fresnofc.com and enter the promo code: HEROBLUE or HERORED, to support a team of your choice. HEROBLUE is Fresno Police Department and HERORED is Fresno Fire Department. 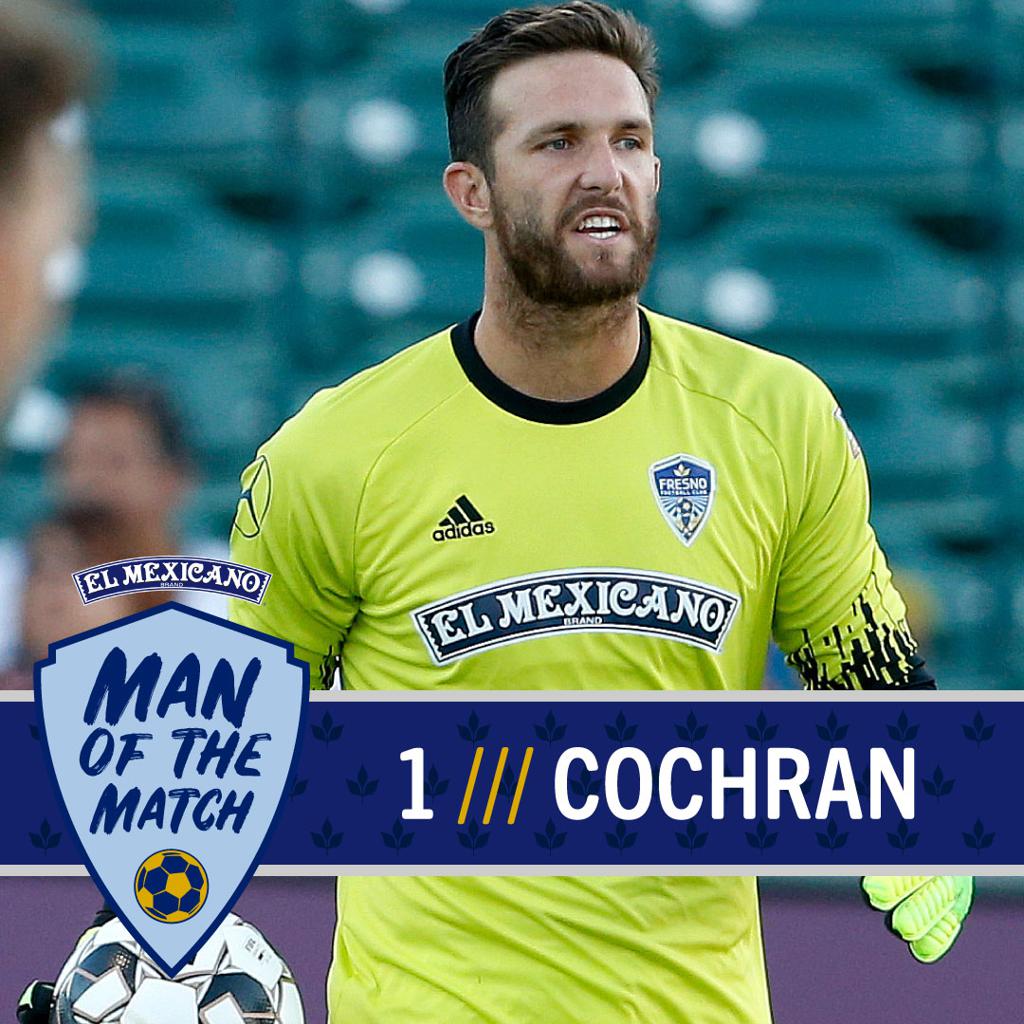 Cochran had five saves, including three in the first half, to help keep things close in Austin.