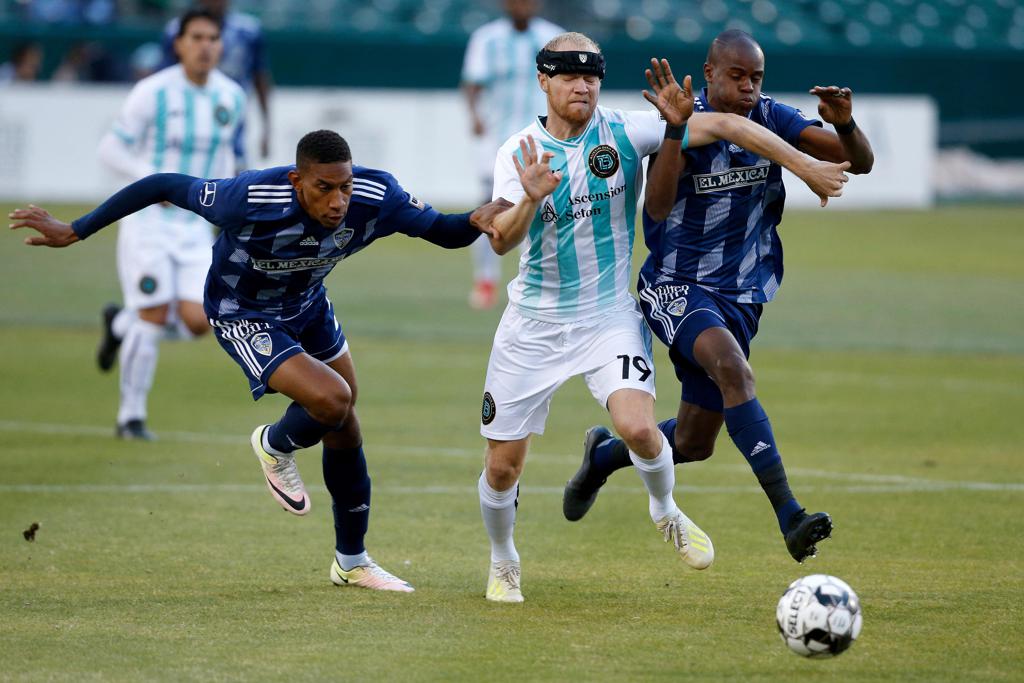 Fresno (10-2-7) will seek to extend its winning ways and increasing the gap from fourth-place Austin (8-7-5), which sits eight points behind the Foxes. It is the second meeting between the Austin and Fresno in 2019, with the Foxes taking a 1-0 win when the two sides met at Chukchansi Park on May 22.

Austin has found recent success in its inaugural season, winning three of its last five, and will look to bounce back from a 6-0 thumping at first-place Phoenix - it's largest loss in the club's short history. Austin, however, will have the comfort of playing on its home field, where the Bold are unbeaten in 9 of 10 (6W-1L-3D). Its only home loss: a 3-1 defeat to New Mexico United on May 25. Austin's leading scorer is André Lima with eight goals in 19 appearances. Kris Tyrpak is their second-leading scorer with five goals. Calum Mallace and Sean McFarlane lead the team in assists with three each. Fresno will look to secure its fifth win on the road in tough conditions; Austin has won four straight at home since that May 25th loss. Fresno continues to receive contributions from all over the field, with its last five goals coming from all different scorers. Jemal Johnson and Qudus Lawal continue to lead the scoring front with seven goals each.

Head Coach ADAM SMITH
On the matchup...
AS: "It's an extremely important game. There are only a few points separating us, but this is a six-point game. We want to come away with all 3 points and keep that gap between us and the rest of the table. It's not going to be easy. [Austin] has only lost one game in these conditions at home. They're an experienced team here and it's going to be a tough game. It was a close game at our place, but this is a different battle. We're in their place now and need to come out hungry."

On containing Austin's offense
AS: "We have to be very careful. They have a few experienced forwards who, if you give them time and space, will make you pay. We've got to keep it tight in the back. If we run a tight ship, we'll see that translate to somebody up top getting on the board. Our job defensively is to not let them breathe - smother them - and run with it at the other end."

Midfielder/Defender ELIJAH MARTIN
EM: "The team is feeling good and ready for Saturday. We had a great week of training leading up to match day so we're coming with full confidence in ourselves. Last week for us wasn't the cleanest of wins and we're looking to be better and build from that. We're focused, locked in, and hungry for 3 points."

1-0-0 all-time
Fresno won the first meeting 1-0 on Wednesday, May 22 at Chukchansi Park. Forward Qudus Lawal headed home the game-winner on a pass from Diego Casillas at the 85th minute.

Fresno's defensive record is second-best in the conference, allowing just 19 goals through 19 games. Los Zorros' six clean sheets rank fifth in the West, and goalkeeper CJ Cochran's 48 saves are tied for fifth-most in the conference.

Center back Ramon Martin Del Campo and goalkeeper CJ Cochran are the only players to have not missed a single minute of action for Fresno FC in 2019. The two have started every USL match for Los Zorros, racking up a total of 1,710 minutes each.

DEFENDERS CAN SCORE, TOO

Del Campo recorded his first goal with Fresno FC in the club's 2-1 win on Saturday, heading in a corner kick at the 8th minute against Timbers 2. It was the second straight match that a center back had scored for the Foxes. Mickey Daly earned his first goal for Fresno FC in the club's 2-1 win over New Mexico United on July 13th.

Qudus Lawal and Jemal Johnson continue to lead the Foxes' offensive production, scoring seven goals apiece. They each have taken a team-high 32 shots, while also chipping in for their teammates. On Saturday, Johnson recorded his third assist of the season, providing the corner-kick service to Ramon Martin Del Campo. Lawal is right behind with two assists.

After being away from the squad to represent Haiti in the 2019 Gold Cup, defender Jems Geffrard has returned to training with the club. He was available as a substitute in Fresno's win vs. Portland on July 20th but did not enter the game.

The Foxes have taken 269 shots through 19 matches this season and have scored on 16.1% of those chances - an increase from 11.7% at this point last season despite posting nearly identical numbers (265 shots).

Speaking of converting, Los Zorros have scored 34 goals through 19 games this season. Good enough for sixth-most in the league and fifth-most in the Western Conference. At this point last season, Fresno had scored 24 goals and didn't reach 34 goals until its 25th game of the season. Fresno finished the season with a total of 44 goals in 2018.

THEIR LAST TIME OUT