FRESNO, Calif. - Fresno FC (10-2-7, 37 points) extended its franchise-record winning streak to five games on Saturday as the Foxes beat Portland Timbers 2, 2-1, at Chukchansi Park. Los Zorros' center back Ramon Martin Del Campo opened the scoring at the sixth minute, scoring on a header from Jemal Johnson's corner kick to give Fresno the lead. It was Del Campo's first goal with Fresno FC. Thirteen minutes later, Arun Basuljevic doubled Fresno's lead on a right-footed missile that ricocheted off the crossbar and into the upper right corner.

Basuljevic's blast - his third goal of the season - was enough to lift the Foxes past Timbers 2 and take the season series following a 2-2 draw in Portland a month ago. Goalkeeper CJ Cochran started the play with a deep volley into the final third to Jaime Chavez, who held the play just enough to find Basuljevic on a run down the right side.

| "These guys have been scoring bangers left and right, putting in a crazy amount of goals and for us to contribute and help the boys out is huge." - @citocito12 on his and @mickey_daly's goals these last two matches. #FRSvPOR | #stayhungry https://t.co/grvCIxnw8i

It was nearly dejavu as Portland cut its deficit in half at the 47th minute on a goal from Ryan Sierakowski. However, Los Zorros held out to continue their run towards the top of the Western Conference, where they sit in third place - one point behind Reno 1868 FC (11-4-5) and four behind frontrunner Phoenix Rising FC (12-2-5)

Jackson, back from a one-match suspension, had a team-best three chances created and team-high five tackles to lead the defense. Qudus Lawal and Basuljevic each had three shots and Jaime Chavez had two shots, including a sitter at the 46th minute that missed off the right post.

Fresno FC continues its regular season at Austin Bold FC on July 27th at Bold Stadium. Kickoff is at 5:30 p.m. Los Zorros return to the Valley on August 3rd in their first meeting against Las Vegas Lights FC of the 2019 season. Tickets for the home match are on sale now at the stadium box office, FresnoFC.com and by calling 559-320-2525. 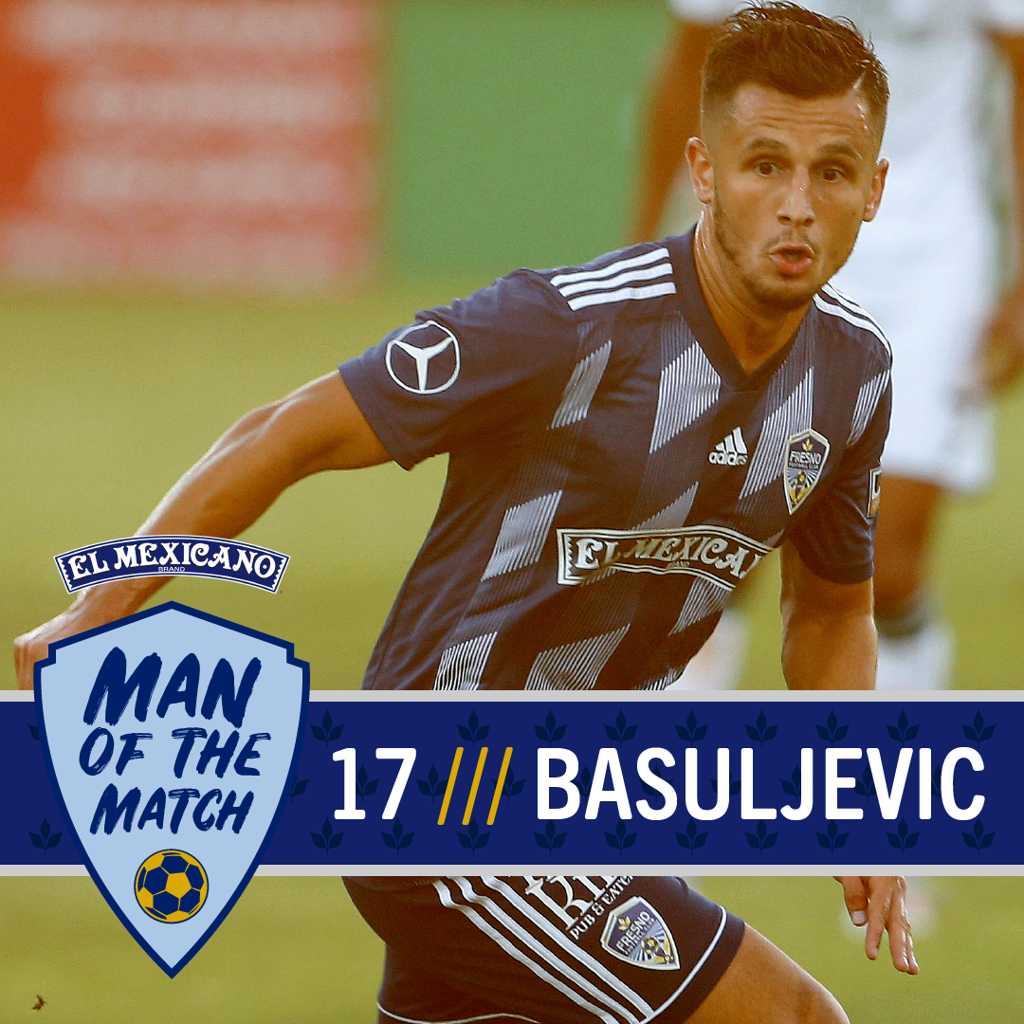