Goals from Jemal Johnson and Mickey Daly power Fresno to a 2-1 victory.

Defender Mickey Daly scored the eventual game-winner, knocking in a header off a Juan Pablo Caffa corner kick at the 48th minute. It was Daly's first goal for Fresno FC.

Fresno grabbed the early lead after Alex Cooper was fouled in the box, creating a penalty kick that Jemal Johnson easily converted from the penalty spot. It was Johnson's seventh goal of the season, tying Qudus Lawal for the club lead. Seven minutes later, Los Zorros nearly doubled their lead as Elijah Martin created an opportunity down the left. Martin crossed the ball inside to Qudus Lawal, who gave a soft pass to Arun Basuljevic near the penalty area, but his shot missed just wide of the target. At the 40th minute, New Mexico United equalized on a goal from a set piece that saw Justin Schmidt provide the final tap in.

| "These guys don't let me make a lot of saves. Their defending has been very good, so when I am asked to make some saves and I can do it, I'm just happy to help out the team." - @CarlJr7 #FRSvNM | #stayhungry | #somoszorros https://t.co/vJgphJdigF

But it was goalkeeper CJ Cochran that stole the show at Chukchansi Park, supplying seven acrobatic saves to extend Fresno FC's winning streak to four games and unbeaten streak to six. He made consecutive saves at the 79th minute, denying opportunities from Chris Wehan and Devon Sandoval to preserve the lead. Four minutes later, he was called upon again, this time diving low and right to stop Wehan's right-footed shot from a deep free kick. Cochran was named El Mexicano Man of the Match for the second time this season.

Left back Elijah Martin made a team-best six tackles in his 13th start of the season, and center back Ramon Martin Del Campo had five clearances.

Fresno FC remains at home, hosting Portland Timbers 2 next Saturday, July 20, at Chukchansi Park. Kickoff is at 7:30 p.m. Tickets for that match are available at FresnoFC.com and the Chukchansi Park box office. 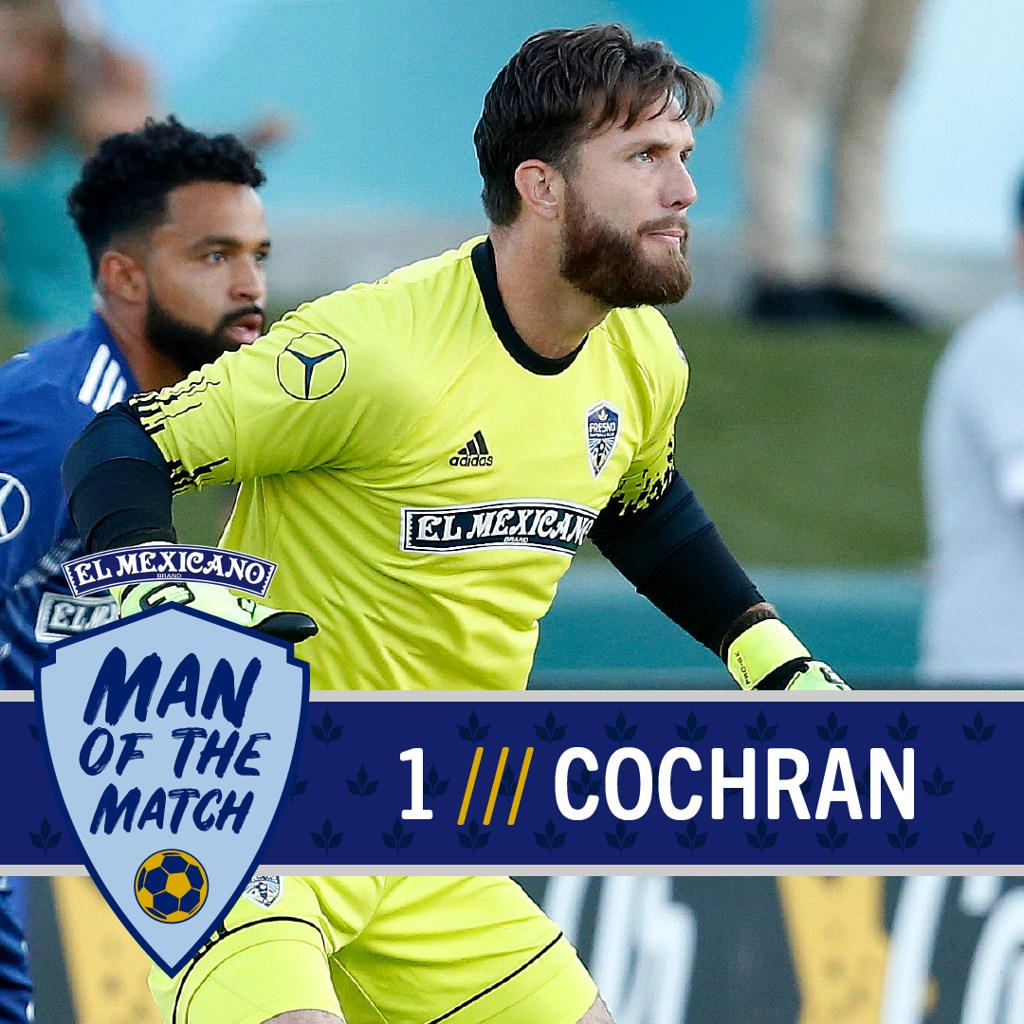