SACRAMENTO, Calif. - It was a Fresno connection that vaulted the Foxes to their first win over Sacramento Republic FC in four matches. Fresno won 1-0 to extend its winning streak to three matches, improving to 8-2-7 to remain in third place in the Western Conference.

Coming on as a substitute at the 72nd minute, Diego Casillas immediately made an impact, scoring the go-ahead goal at the 77th minute on a perfect cross from fellow Fresno native Elijah Martin. It was Casillas' first goal of his professional career and Martin's first assist of the season.

Just before the goal, both sides went down to 10 men following a shoving match between Dekel Keinan and Jaime Chavez that saw both players receive red cards at the 74th minute.

The hosts pressured in the final minutes, searching for an equalizer, but were unable to get through a Fresno defense that picked up its second straight shutout victory and sixth clean sheet of the 2019 season. Goalkeeper CJ Cochran had four saves between the posts, while defender Sam Strong had four clearances and Ramon Martin Del Campo had two blocks.

Fresno's best offensive chance before the goal came early in the first half when Jackson hit a ball on the volley into the near-post's side-netting.

It is the first time Fresno has defeated Sacramento this season, with Republic FC taking the first two contests in a pair of 1-0 results, including a May 29 Open Cup bout that went into extra time. Sacramento leads the series all-time 4-2-0.

The Foxes return to downtown Fresno on Saturday, July 13th as they host xx-place New Mexico United in Week 18. All fans can donate a book all next week, from July 8-12, and receive a free kids ticket (ages 12-and-under) in exchange. Books will be collected all week long at the Fresno FC front office and team store located at 1555 Van Ness Avenue in downtown Fresno. For more information, visit FresnoFC.com or call 559-320-2525. 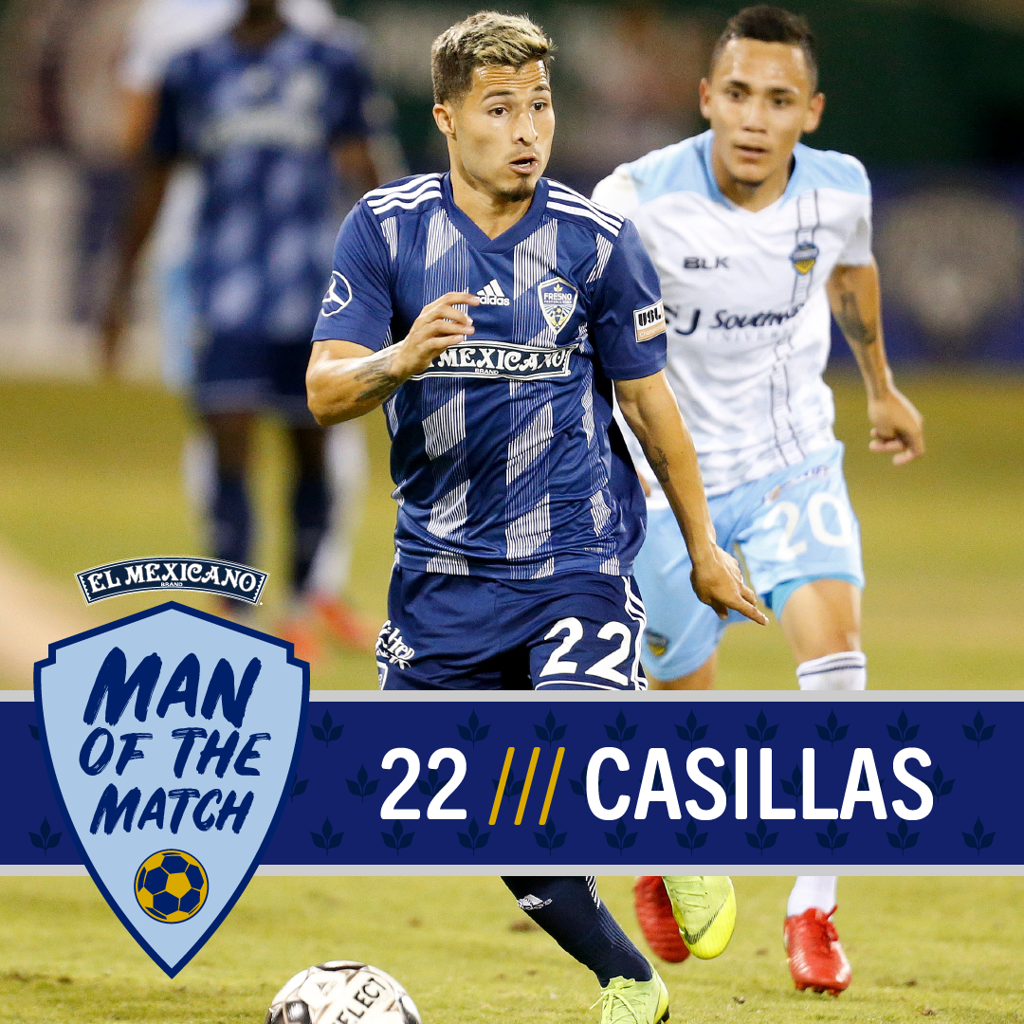 The second-half substitute immediately had his presence felt, scoring the game-winning goal five minutes after coming on.