Fresno receive one goal from Jackson and two from Qudus Lawal to move into third place in the West.

FRESNO, Calif. - The Fresno Foxes pounced on El Paso with three second-half goals to derail the Locomotive in a 3-0 win at Chukchansi Park on Saturday night. It was the first clean sheet in six matches for Fresno FC, which also delivered El Paso its first road loss of 2019. The win, Fresno's second in a row, vaults the Foxes (7-2-7) into third place in the Western Conference.

Fresno received its first goal from Jackson, who headed in a right-footed cross from Juan Caffa at the 63rd minute. Three minutes later, forward Qudus Lawal pounced on a defensive mistake resulting in a one-on-one with the El Paso goalkeeper. Lawal dribbled past and calmly converted his first goal of the evening.

Lawal struck again at the 84th minute, jumping on a rebound right in front of goal from Jaime Chavez's blocked shot for his team-leading seventh goal of the season.

Fresno had a chance to increase its lead at the 75th minute when the Foxes were awarded a penalty for a handball in the box. Juan Pablo Caffa took the shot, but it was stopped by El Paso's Logan Ketterer.

El Paso was off to a fast start in the first half but was kept at bay by goalkeeper CJ Cochran, who made three saves in the opening 15 minutes. Fresno picked up the pressure later in the half, nearly converting at the 33rd minute when Jemal Johnson curled in a cross from the right wing to Lawal, whose header just missed the target.

Fresno heads right back into the action, facing Sacramento Republic FC in a Highway 99 Derby at Papa Murphy's Park on Wednesday, July 3. The ESPN Wednesday Night Soccer match will be televised on ESPN3. Kickoff is set for 7:30 p.m. The Foxes return to Chukchansi Park on July 13 against New Mexico United. 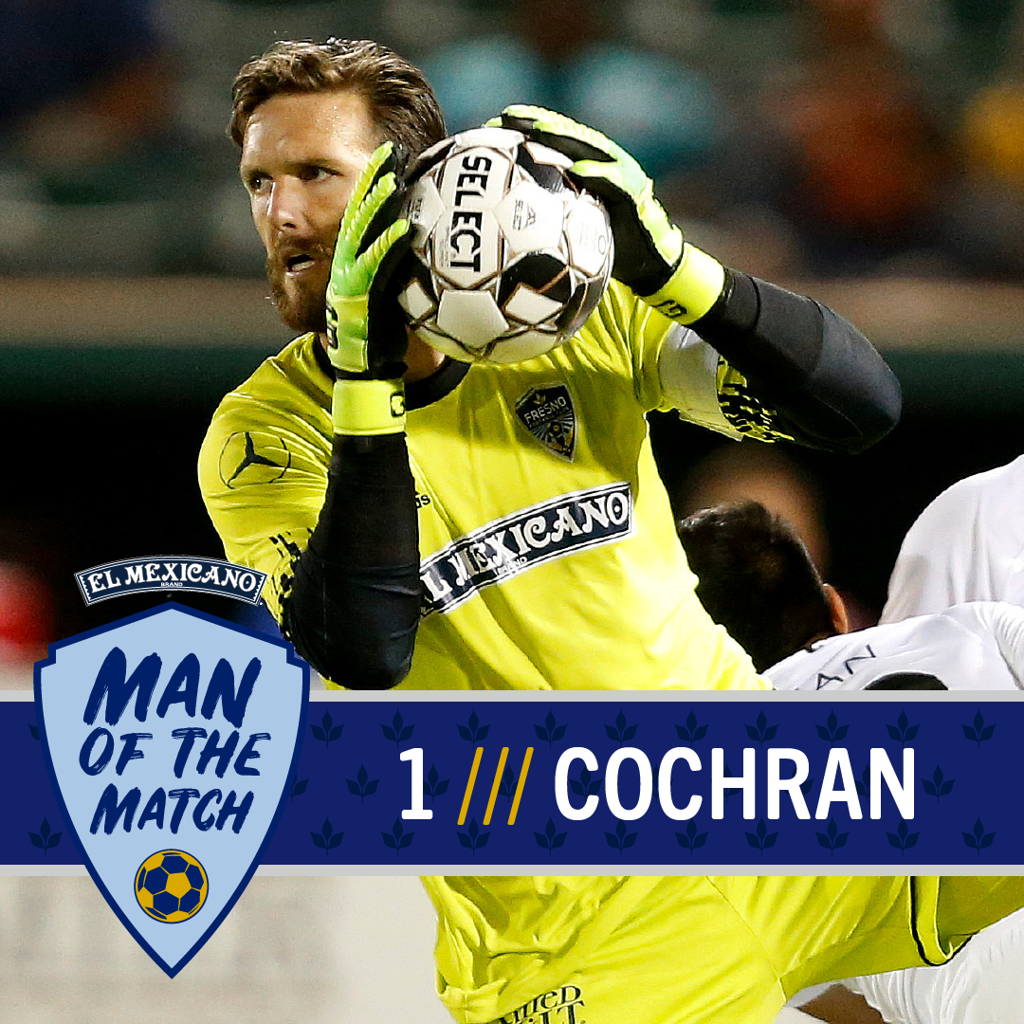 Cochran had four saves, including three in the first half, to help anchor Fresno to its second win in a row and its first clean sheet since May 22.