A four-goal second half sees both teams share the spoils at Providence Park.

PORTLAND, Ore. - Elijah Martin scored his first goal in a Fresno FC uniform and Qudus Lawal bagged his fifth goal of the 2019 season, but the comeback effort was thwarted in stoppage time by way of Nathan Smith's goal at the 92nd minute, leaving the Foxes to settle for a 2-2 draw at Portland Timbers 2.

The opening 15 minutes were stagnant for both sides, but Fresno found a rhythm late in the first half and saw ample opportunities stray from their target including a pair of free kicks from captain Juan Pablo Caffa. Elijah Martin had a chance at the 18th minute, only to see his curled attempt miss just over the crossbar.

In the second half, Portland grabbed a quick lead as Sam Strong was called for the foul in the box resulting in a Todd Wharton penalty kick at the 46th minute.

The Foxes answered back six minutes later, as Martin received a through ball from Jemal Johnson and slipped it inside the near left post for the equalizer. It was Martin's first career goal in the USL Championship and his first in all competitions for Fresno. Fresno nearly grabbed the lead at the 66th minute when Mickey Daly's shot hit the crossbar, but the Foxes found it two minutes later when Johnson provided the final pass to Lawal for the go-ahead goal. It was Lawal's fifth goal in 11 USL Championship matches, and his sixth in all competitions.

Portland nearly leveled the score six minutes later when Nathan Smith fired a shot from outside the box that Cochran managed to deflect off the crossbar. Smith and the Timbers eventually found their equalizer in stoppage time, sliding in a goal at the 92nd minute for the draw. It was Fresno's second draw in three matches against Portland, with the Foxes leading the series 1-0-2.

Fresno improves to 5-2-7 with 22 points to sit in sixth place in the 18-team Western Conference, while Portland sits two points ahead in fourth at 6-2-6. Phoenix Rising FC took the top spot over the weekend following its 3-0 victory over Orange County SC.

The Foxes return to the Valley for two straight home games, starting with Flashback Fuego Friday on June 21 against San Antonio FC (4-7-4, 16pts). Fresno then hosts El Paso Locomotive FC (7-2-5, 26 pts) on Saturday, June 29th. Tickets for both matches can be purchased online at FresnoFC.com, the Chukchansi Park box office, and by calling 559-320-2525. 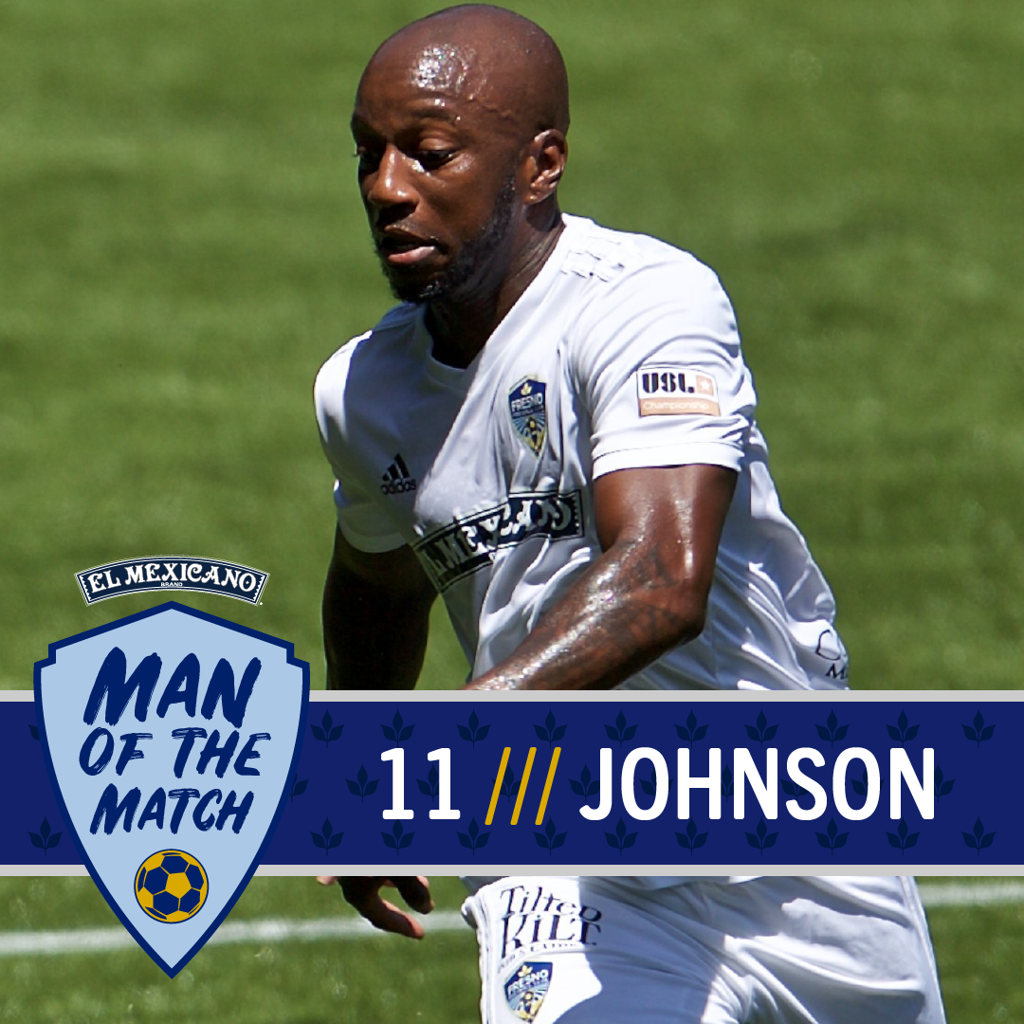 Johnson had three shots and both assists in the Foxes' 2-2 draw at Portland to earn his third MOTM honor this season.