FRESNO, Calif. - The Foxes split the points with OKC Energy FC, playing to a 1-1 draw on a beautiful evening in downtown Fresno Saturday night. Fresno FC forward Jemal Johnson opened the scoring early, firing a rocket from long distance at the 8th minute for his fourth goal of the season.

Fresno took a season-high 25 shots compared to the visitors' six and nearly doubled its lead at the 38th minute when Arun Basuljevic shot with his right only to see it saved by OKC's Cody Laurendi. Johnson nearly bagged his second goal of the night just after halftime, working a combination with right winger Elijah Martin to create danger inside the Energy's 18. Johnson's final shot, however, took a deflection of an OKC defender before being slapped away by Laurendi.

Energy FC leveled the score at the 80th minute on Deshorn Brown's goal to keep both clubs in the top 6 in the Western Conference standings. Fresno FC remains in fifth at 5W-2L-6D with 21 points, while OKC Energy sits right behind at 5-4-6, also with 21 points.

Fresno hits the road next week, playing at Portland Timbers 2 on Sunday, June 16. The Foxes return to downtown Fresno on Friday, June 21 against San Antonio for the second Flashback Fuego Friday of 2019! Tickets for the matchup are currently on sale and fans can enjoy the 4-for-$40 ticket deal to all weekday matches by calling 559-320-2525, or by visiting the Chukchansi Park box office. 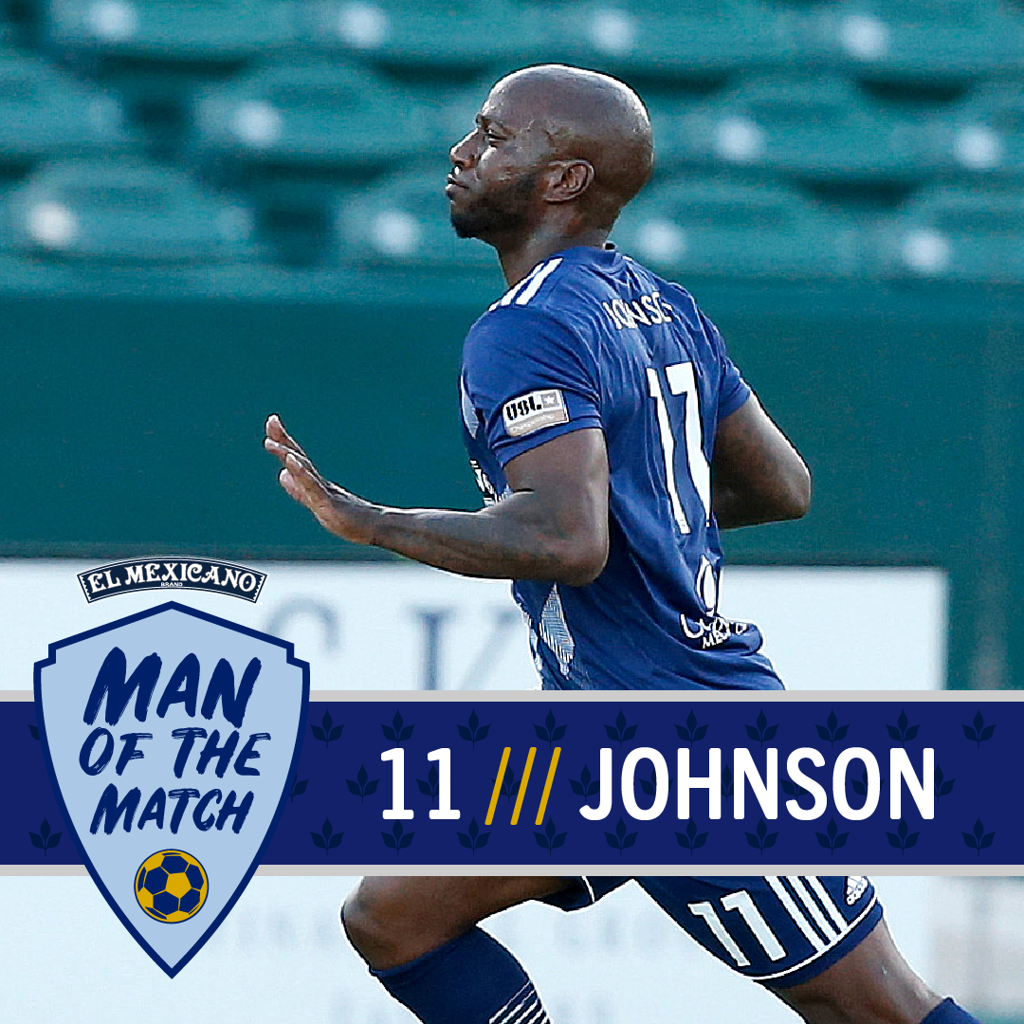 Johnson scored his fourth goal of the year on a cracker from 30 yards out at the 8th minute. He finished the night with a team-best five shots and three key passes to earn his second MOTM award of the season.