A goal on the final play of the game was the difference maker at Papa Murphy's Park on Wednesday, May 29, 2019.

SACRAMENTO, Calif. - It took until the final seconds of 120 minutes of football to decide a winner at Papa Murphy's Park as Sacramento Republic FC outlasted Fresno FC 1-0 to advance to the fourth round of the US Open Cup on Wednesday night.

On the final play of the night, Sacramento's Stefano Bonomo headed in the game-winning goal, seeing Fresno's Open Cup exit.

It was a brutal ending to a hard-fought match that saw both teams combine for 33 shots.

In the opening half, Los Zorros outshot Sacramento 7-4, with four of those chances on target. Renato and Johnson connected at the 11th minute, with the former Fresno Pacific star finding space near the penalty spot but his attempt was stopped by a diving Josh Cohen. Four minutes later, defender Sam Strong leaped over the Sacramento defense to connect on a Caffa corner kick only to see his header miss inches left of the post.

At the 32nd minute, Johnson was fouled by Ray Saari to set up a dangerous free kick for Caffa from 30 yards out.  Caffa lined up behind the ball and curled his shot into the right corner only to have it caught midair by Cohen.

After halftime, the hosts appeared to gain the upper-hand, outshooting Fresno 8-3, but were unable to get through goalkeeper Sam Howard who made three huge saves to keep the score at nil-nil. Howard's biggest stop came at the 86th minute when Sam Werner's right-footed shot was snatched out of the air.

Werner nearly gave his team the lead at the 66th when his shot pinged off the crossbar but failed to bounce into the net.

Fresno's best chance of the half came at minute 82 when Caffa's low, near-post shot curled just out of reach of a diving Cohen but inches right of the target.

Sacramento moves on to the fourth round of the 2019 Lamar Hunt Open Cup held for June 11 and 12. Fourth-round pairings will be drawn tomorrow morning at 8 a.m. PT with the results being live-tweeted via the Open Cup feed (@opencup).

Fresno returns to USL Championship actions this Saturday at Colorado Springs Switchbacks FC. Kickoff is at 5 p.m. PT on CW 59 and ESPN Plus. Los Zorros are back at home the following weekend, June 8th, against OKC Energy FC. Tickets for that match are on sale now at FresnoFC.com, the stadium box office and by calling 559-320-2525.

Howard had five saves to fuel Fresno into extra time. 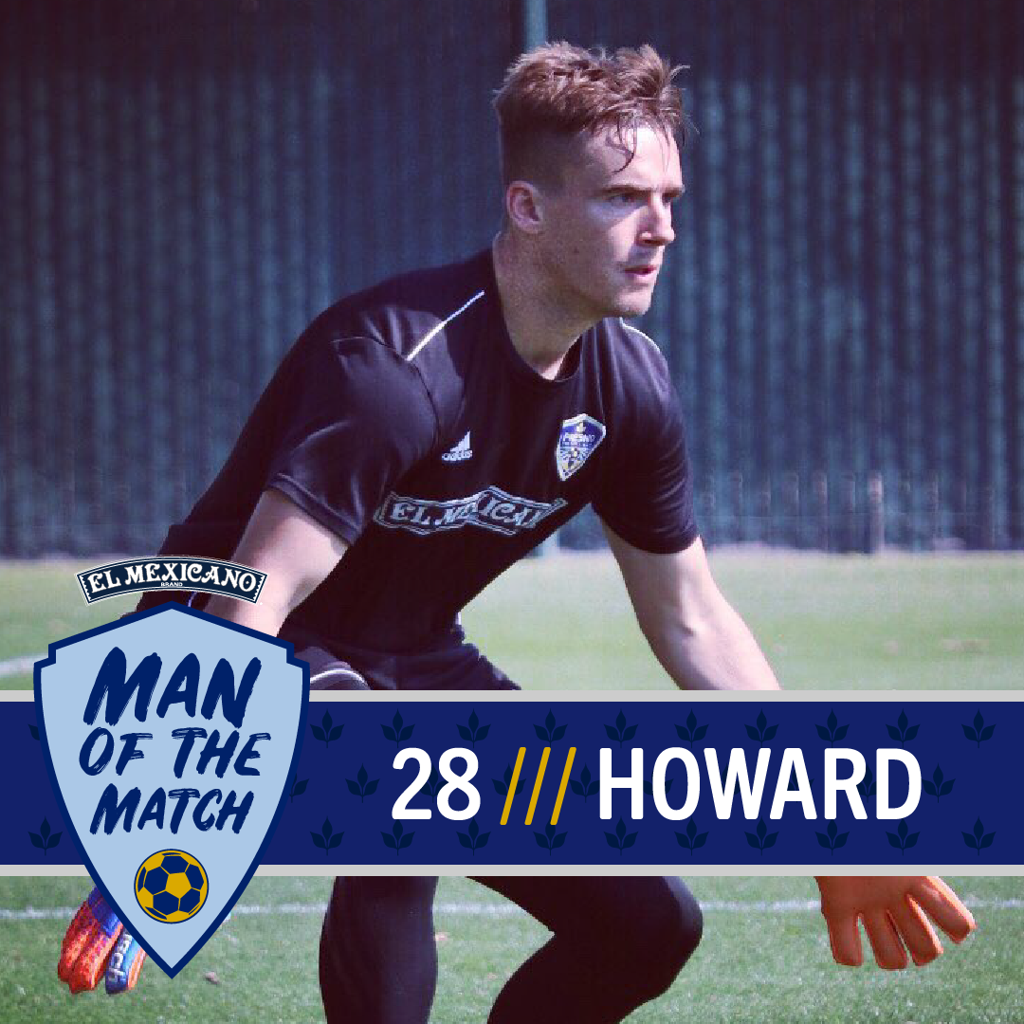