Fresno FC takes on Sacramento Republic FC in the third round of the U.S. Open Cup on Wednesday at 7:30 p.m. at Papa Murphy's Park. 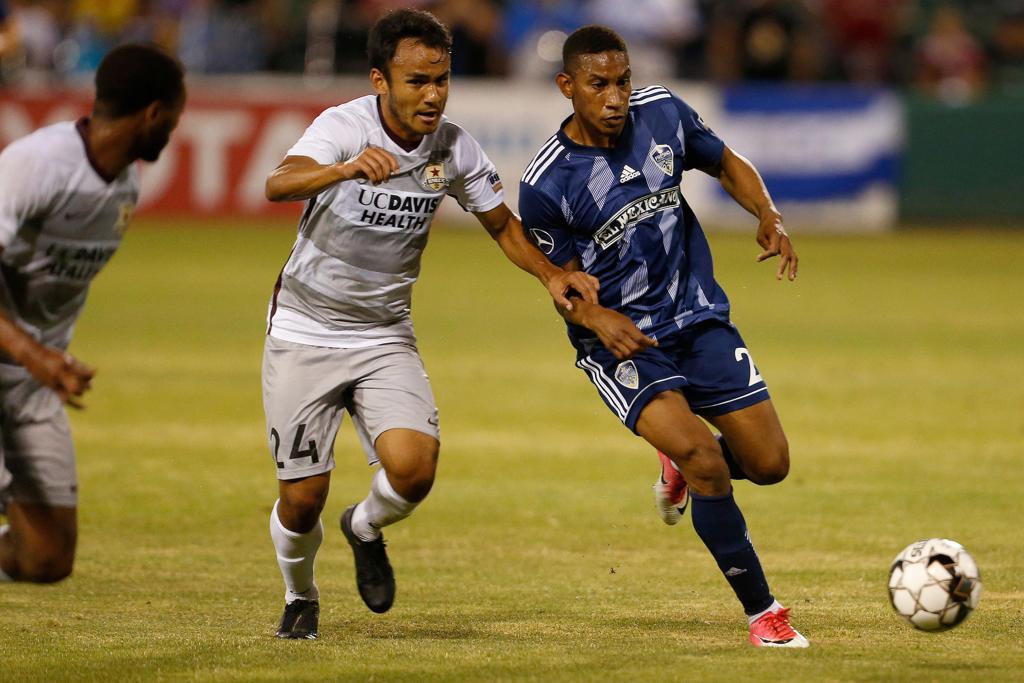 Fresno FC and Sacramento Republic FC will meet for the first time in the US Open Cup this Wednesday at Papa Murphy's Park. (Photo by Kiel Maddox/Fresno FC)

The match will be streamed on ESPN Plus.

For the first time in its existence, the Highway 99 Derby crosses into US Open Cup action this week, as Los Zorros head to Sacramento for a third-round contest this Wednesday. Kickoff is at 7:30 p.m. PT at Papa Murphy's Park. It is the fifth meeting in 14 months between the two clubs, with Sacramento leading the series 3-1-0 including a most recent victory on May 8, 2019 in a 1-0 result by way of Sam Werner's goal at the 29th minute. Fresno looks to avenge that loss at Papa Murphy's Park where Republic FC have dropped just one match this season, a 4-1 result to Reno 1868 FC in Week 9 of the USL Championship.

Republic FC head into Wednesday's contest well-rested with their last match coming 11 days ago - a 3-1 loss against El Paso Locomotive FC. Meanwhile, Fresno will play its second match in four days on Wednesday, with the Open Cup matchup the team's third of four matches in an 11-day span.

Werner has three goals in May for Sacramento, and leading scorer Cameron Iwasa (five goals) is back on the field after suffering an ankle injury at the beginning of the month.

For Fresno, Qudus Lawal continues to provide the offensive spark, scoring for the fourth straight game to lead the club with five goals across all competitions. Forward Arun Basuljevic is right behind with four goals in USL matches. Defensively, Fresno continue to remain one of the toughest defenses in the league with just 11 goals allowed, and leading into Saturday's 3-3 draw at Tacoma Defiance, Fresno had not conceded a goal in 379 minutes. Both clubs will be without a defender due to international duty at the CONCACAF Gold Cup, with Sacramento's Juan Barahona representing El Salvador and Fresno's Jems Geffrard representing Haiti.

HOW THEY GOT HERE

Fresno FC beat El Farolito, 1-0, in the second round at Boxer Stadium. Qudus Lawal providing the game-winning goal at the 74th minute, pouncing on a goalkeeper's error to send Los Zorros into the next round.

Republic FC also required late-goal heroics to advance in the Open Cup, beating Reno 1868 FC 1-0 via Sam Werner's strike at the 86th minute. It is the sixth-straight year that Sacramento has advanced to the third round of the US Open Cup.

SACRAMENTO AT THE CUP

In the last two years, Sacramento has made its deepest run in the tournament, reaching the Round of 16, taking down Real Salt Lake and Seattle Sounders FC in 2017 and 2018, respectively. Both matches saw defeats for Republic FC at the hands of LA-based MLS sides, falling to LA Galaxy in 2017 and to LAFC in 2018.

FRESNO AT THE CUP

Fresno has twice reached the fourth round of the US Open Cup, in 2007 as the Fresno Fuego, and in 2018 as Fresno Football Club. The former fell 3-1 to LA Galaxy at StubHub Center, while last year, Los Zorros lost 1-0 at Banc of California to exit the tournament.

Wednesday's contest is also not the first time Fresno and Sacramento square off in Open Cup. In 2014, the Fresno Fuego played Sacramento Republic FC in the third round of the U.S. Open Cup. Fresno lost that match 6-0 at Cosumnes River College on May 28, 2014.