Qudus Lawal selected to USL Championship Team of the Week

Lawal is the seventh Fresno FC player to earn the honor this season.

FRESNO, Calif. - Fresno FC forward Qudus Lawal has earned a spot on the USL Championship's Team of the Week after scoring goals in both games this week, including the game-winner in a 1-0 win over Austin Bold FC on Wednesday. Lawal also scored the first goal in a 3-3 draw at Tacoma Defiance on Sunday. Overall, he finished the week with 11 shots and four key passes.

It is the first USL Team of the Week nod for Lawal, who also becomes the seventh Fresno FC player to earn the award in the 2019 season. Midfielder/Defender Diego Casillas was named to the Bench of the Week, for providing the game-winning assist to Lawal against Austin Bold FC and being named El Mexicano Man of the Match against Tacoma.

The other Foxes who have been named to the USL Championship Team of the Week in 2019 are: left back Alex Cooper (Week 1), midfielder Arun Basuljevic (Week 2), goalkeeper CJ Cochran (Week 3), midfielder Jemal Johnson (Week 6), Christian Chaney  (Week 9), and Jackson (Week 10).

Fresno returns to USL Championship over the weekend in what will be its third consecutive road game. Los Zorros take on Colorado Springs Switchbacks FC at Weidner Field on Saturday, June 1. Kickoff is at 5:30 p.m. PT.

Fresno makes its home return the following Saturday, June 8 against OKC Energy FC. Tickets for the match are on sale now at FresnoFC.com and the stadium box office. 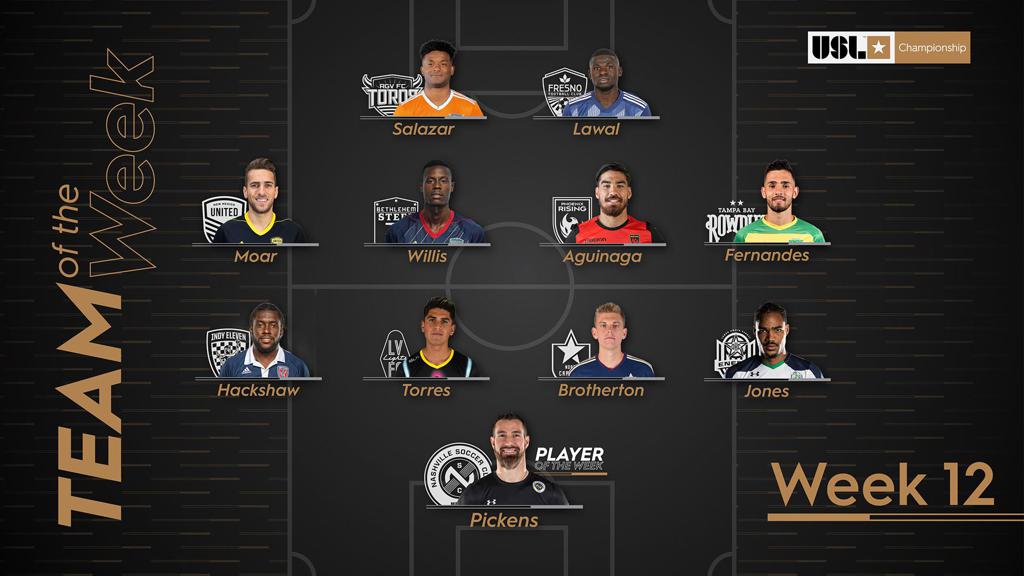