Qudus Lawal's game-winner at the 84th minute fuels Fresno FC to its second-straight win in the USL Championship.

FRESNO, Calif. - For the first time this season, Fresno FC won back-to-back games as the Zorros received a late goal from forward Qudus Lawal to beat Austin Bold FC, 1-0, on Wednesday. The result vaults Fresno into second place in the USL Western Conference with 19 points and a 5W-1L-4D record with two games in hand.

Fresno saw several early scoring opportunities just miss their target, leaving fans to wait until the 84th minute when Diego Casillas worked through three Austin defenders before finding Lawal in the penalty area for the go-ahead goal. Lawal's header floated over Austin goalkeeper Diego Restrepo and bounced off the crossbar and into the goal for the eventual game-winner. It was Lawal's fourth goal in three games, and third in the USL Championship.

Fresno also picked up its second consecutive shutout and its fourth clean sheet of the season to remain the stingiest defense in the West with a conference-low 8 goals allowed. Goalkeeper CJ Cochran had one save and one punch behind a starting back line of right back Zach Ellis-Hayden, center backs Mickey Daly and Ramon Martin Del Campo, and left back Elijah Martin.

Fresno had an early chance five minutes in on a shot from Hiroki Kurimoto that missed wide left. Four minutes later, Christian Chaney found himself on a breakaway but his run was cut short by a sliding Restrepo inside the box. Fresno's next best chance came at the 70th minute when Jaime Chavez missed into the side netting on a narrow-angle just in front of goal.

Los Zorros continue USL Championship on the road this weekend, playing at Tacoma Defiance (Seattle Sounders 2) on Sunday at 1:30 p.m. Fresno returns home two weeks later, hosting OKC Energy FC on Saturday, June 8 at Chukchansi Park. Tickets for that match are on sale now at the box office, FresnoFC.com and by calling 559-320-2525. 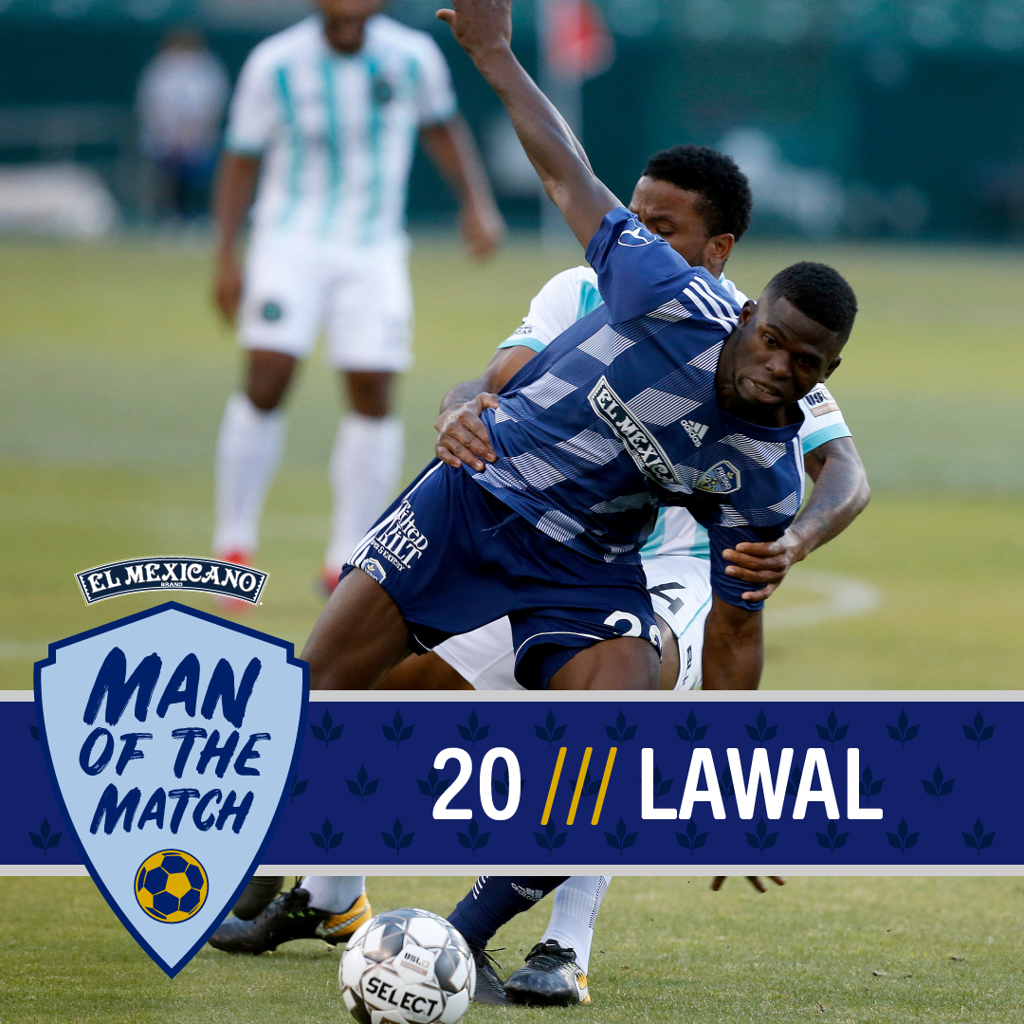 Lawal scored the game-winning goal at the 84th minute and also created two chances to help Fresno win its second consecutive game in the USL Championship.