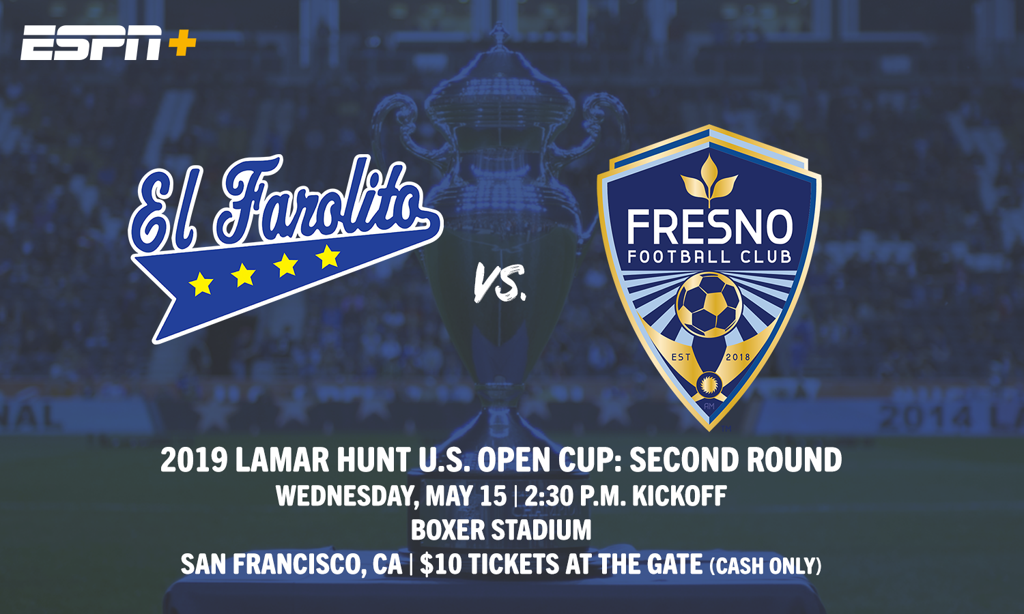 $10 cash only at the gate for general admission seating. Parking is limited. The public is advised to use public transportation. Nearest BART station is Balboa Park (5-minute walk to the stadium).

The match will be broadcast on ESPN+ here.

ABOUT THE OPEN CUP

The Lamar Hunt U.S. Open Cup has been played since 1914 and is the longest continuously-running soccer competition in the United States. It is a single-elimination tournament open to professional teams and qualifying amateur teams based in the United States. Major League Soccer teams enter the competition in the Fourth Round. El Farolito (National Premier Soccer League) reached this match by defeating Academica SC (NPSL) 2-1 in the First Round.

Wednesday's match must produce a winner, so if the score is tied after regulation, two 15-minute extra time periods will be played in their entirety. If the score remains tied, a penalty kick shootout will decide the winner.

El Farolito defeated Academica SC 2-1 on goals from Miguel Garduna and Leonardo Fredes in the first round two weeks ago. Fredes, who also broke his wrist on the play, made SportsCenter's Top 10 for his strike.

El Farolito went down to 10 men when Walter Mazzolatti received his second yellow of the evening at the 55th minute. Academica halved the deficit on Cory Golbad's strike at the 73rd.

El Farolito was founded in 1985 and is a member of the National Premier Soccer League. The club won the U.S. Open Cup in its semi-pro days in 1993 when it was temporarily known as CD Mexico. El Farolito has won nine championships on the city level, which are on display at its namesake restaurant and bar located at 24th and Mission.

FRESNO AT THE TOURNAMENT

The Foxes are 2-1 all-time in the Open Cup. They won their first two matches in the Cup last year against Orange County FC and Sporting Arizona FC before losing to LAFC in the fourth round at Banc of California Stadium.