FRESNO, Calif. - Los Zorros dominated for the majority of Wednesday night's Highway 99 Derby, but a defensive miscue and a controversial offsides call that nullified a potential equalizer saw Fresno FC drop its first game of the 2019 regular season in a 1-0 loss to Sacramento Republic FC at Chukchansi Park.

Sacramento took the lead in the 29th minute when goalkeeper CJ Cochran and defender Jackson got confused at the top of the box, allowing Republic FC's Hayden Partain to take the lead on a volley. After halftime, Los Zorros appeared to equalize on a free kick at the 78th minute, as Christian Chaney fired in the service on Caffa's free kick, however, the linesman raised her flag for offsides. Upset with the call, Fresno head coach Adam Smith walked to over the linesman for an explanation but was sent off by the center official.

When you give a sloppy goal away your backs are against the wall, and that's really what killed us tonight." #FRSvSAC #HWY99Derby https://t.co/e4sswzU7P5

Fresno received a pair of decent looks to open the game, with Christian Chaney's shot missing wide in the second minute and Mickey Daly's attempt also off the mark. At the 21st minute, Hiroki Kurimoto fired a chance from inside the 18 but it missed over the crossbar.

Fresno raised the pressure after halftime, with captain Juan Pablo Caffa curling a free kick from a tight angle on the right that missed into the goal's side netting. Eight minutes later, the Foxes kept the pressure up, as they received a flurry of chances from Christian Chaney, Zachary Ellis-Hayden and Jackson. Fresno received two more chances late in the half but was unable to net an equalizer in the first Highway 99 Derby of the season. The two teams meet again July 3rd in Sacramento at Papa Murphy's Park.

The Foxes face a quick turnaround with two matches in four days, playing next at LA Galaxy II on Sunday. Kickoff is set for 7 p.m. Fresno return home in two weeks when it hosts Austin Bold FC on May 22 at Chukchansi Park. Kickoff is schedule for 7:30 p.m. PT. Tickets for the match are available at FresnoFC.com, by calling 559-320-2525 and the box office.

not our best game:

not the best call:

not the best replay angles: 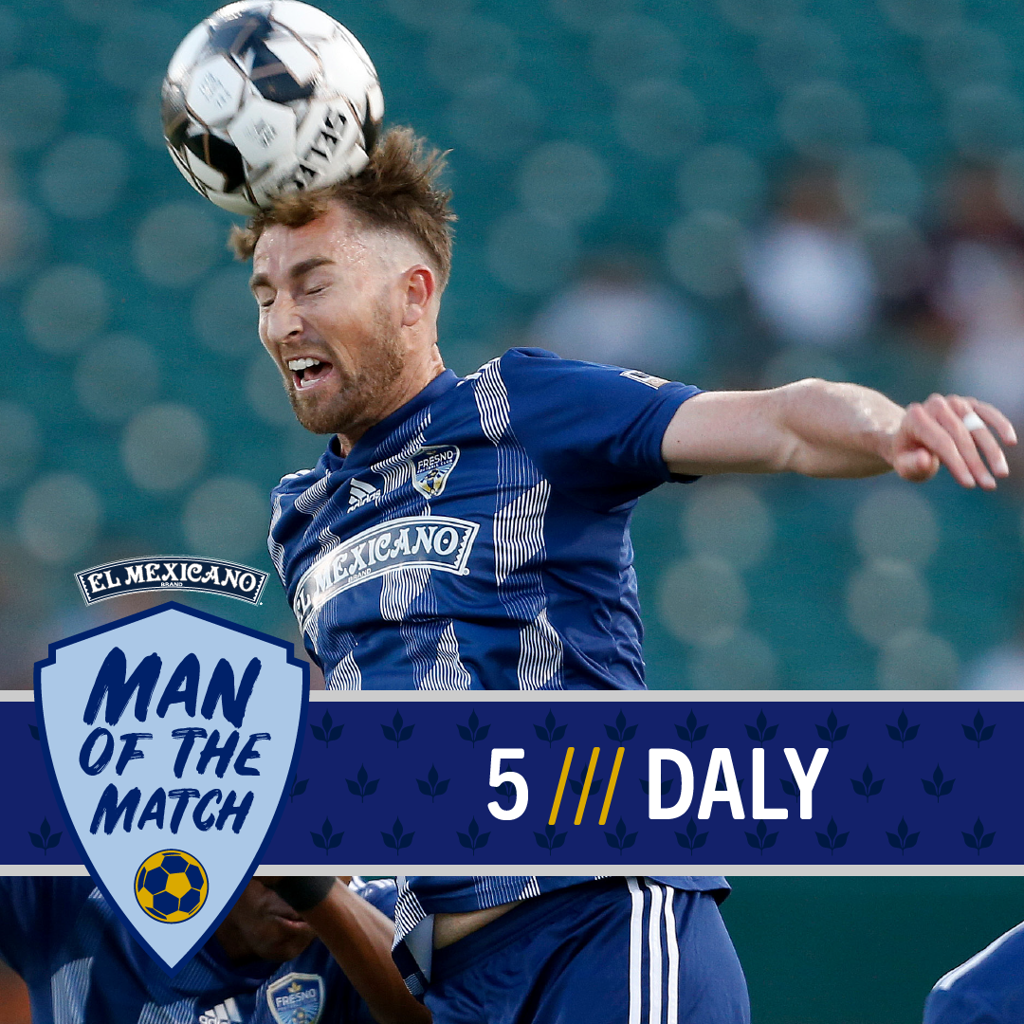 Daly had a team-best 5 clearances and 3 interceptions as well as two shots on goal and won 4 of his 6 duels.