FRESNO, Calif. - Christian Chaney sparked the comeback with a header in the first half and added his third goal in two games after the break as Los Zorros stole three points from Real Monarchs in a 4-2 victory at Zions Bank Stadium on Saturday afternoon. Fresno FC improves to 3W-0L-4D, remaining unbeaten as it returns to the Central Valley for a showdown against Sacramento Republic FC on Wednesday, May 8th.

For the third time this season, Fresno FC saw itself behind in the opening half, as the host Real Monarchs went in front on a goal from midfielder Maikel Chang at minute 17. Los Zorros stayed focused, with Fresno native and forward Christian Chaney leveing the score 10 minutes later on a free kick. Elijah Martin set up the opportunity, drawing a foul near the left corner, allowing Emir Alihodzic to service in the set piece to a leaping Chaney inside the box. It was Chaney's second goal of the season and his sixth header in nine goals since the start of 2018.

Los Zorros kept up the pressure, receiving chances from Chaney and Jackson, with the former just missing a bicycle attempt and the latter firing a low shot that zoomed just wide of the left post.

After the break, Fresno found its first lead of the afternoon when Monarchs defender Kalen Ryden fumbled a clearance in the penalty area to see it roll into the net for an own goal. Three minutes later, Chaney extended the lead, poking in a low cross from Jackson to make it 3-1. Real Monarchs kept up the fight, closing the gap at the 84th minute on Josh Heard's back-heel goal. However, a pair of second-half substitutes provided the nail in the coffin for Fresno FC as Jemal Johnson took a backheel pass from Qudus Lawal for the easy finish.

The result sees Los Zorros win for the second time in three games as they prepare for the first Highway 99 Derby of the season, hosting Sacramento Republic FC on Wednesday. Kickoff is at 7:30 p.m. at Chukchansi Park and tickets are on sale now at FresnoFC.com and the stadium box office. 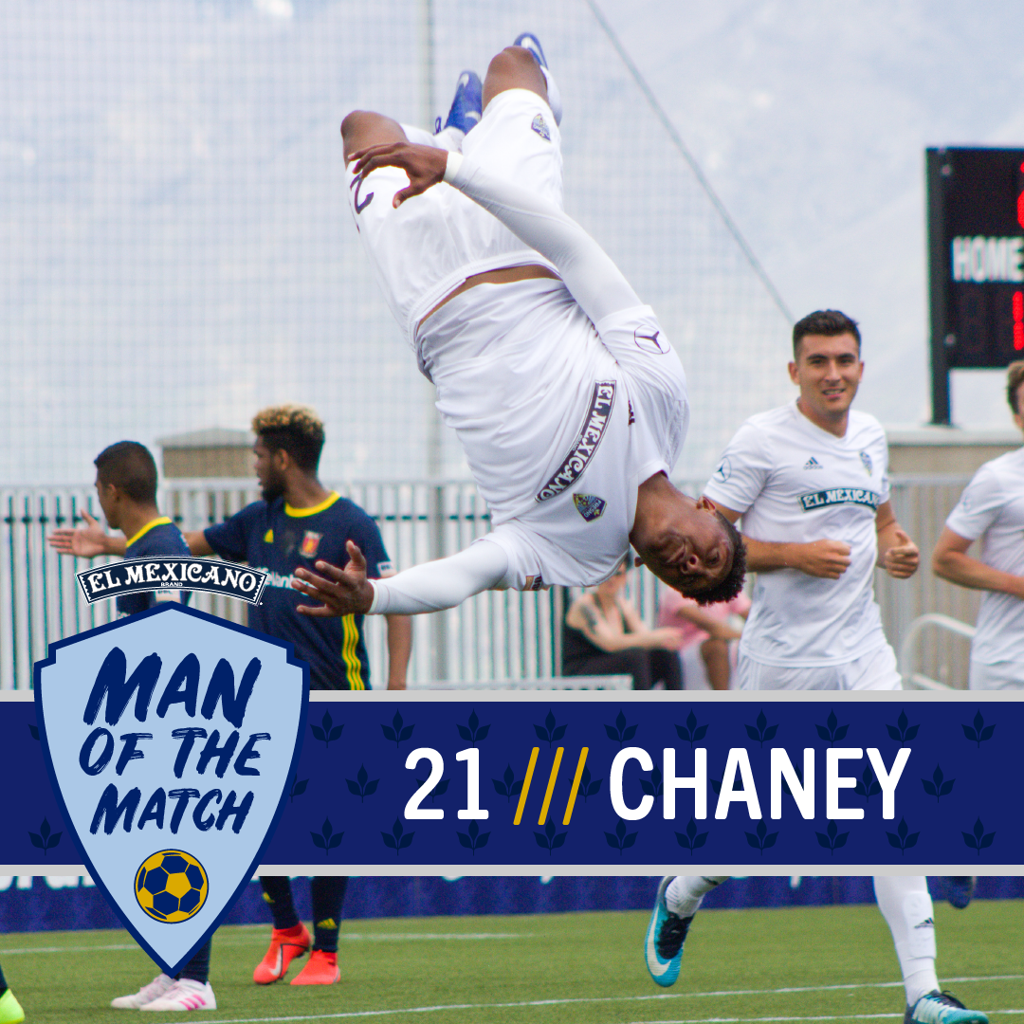 Chaney sparked the comeback with a header at the 27th minute, then scores his third goal in two games after the break to help keep Los Zorros unbeaten to start 2019. He had four shots, three on target, one key pass and won a team-high 19 duels in his third start of the season.