Match Report: Los Zorros surge in second half to salvage a point vs. Orange County SC

The visitors took an early lead via Jerry van Ewijk's free kick in the fourth minute and doubled their advantage eight minutes later from Harry Forrester. But it was in the second half when Fresno FC received its fuel to remain one of two undefeated teams in the USL Championship. Los Zorros sparked their comeback in the 79th minute when Alex Cooper dribbled down the left wing and sent a cross over the box to Jackson on the far side. Jackson kicked it back on the volley into the penalty area and found Chaney on a diving header for his first goal of 2019. It also was Jackson's team-leading third assist of the season.

Five minutes later, Chaney was fouled atop the 18 to set up a lethal free kick for captain Juan Pablo Caffa, who fired it into the upper left corner and past goalkeeper Aaron Cervantes for the equalizer. The set-piece finish was Caffa's first goal of the season, after leading the club with nine a year ago. 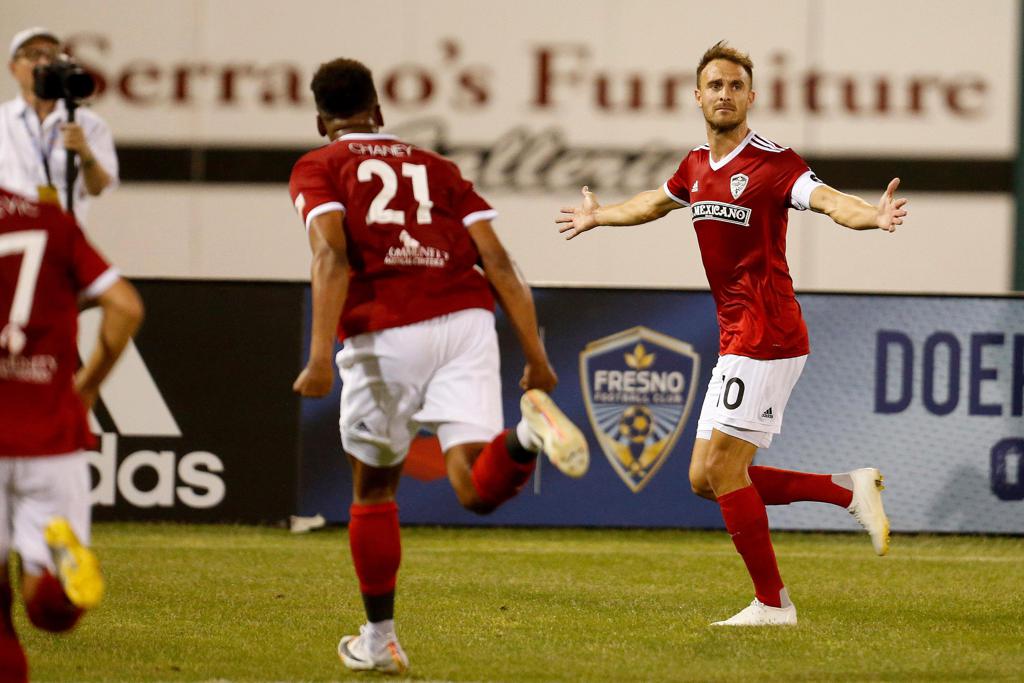 "To be honest, I was cramping taking that free kick, so I really have no idea what was going through my mind at the time. But you know, you just have to give everything that you have when you’re losing to at least tie the game," Caffa said, who also added that even though he netted the equalizer, it didn't feel like a victorious feat. "Personally, No," he said. "I always want to win, especially at home."

Head coach Adam Smith echoed his captain's sentiments, leaving unsatisfied with the result in front of a home crowd of 4,576 on Fuego Friday.

"It doesn't feel like a win and we need to turn more ties into wins if we want to make it to the playoffs," Smith said after the match. "But, positives are that we showed character and that we came back and we’re still the only team in the western conference that is unbeaten. ... We were sluggish today the first 45 minutes and I told the guys that I don’t want to see it again and there are no reasons to see it again because we have enough quality in the locker room." 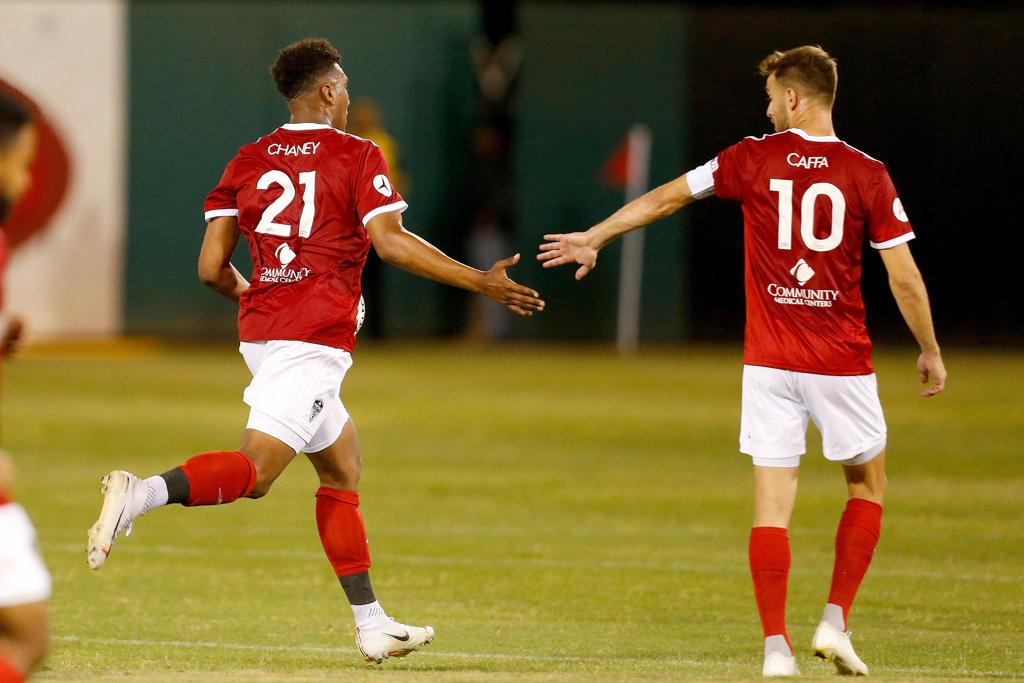 Midfielder Seth Moses, who came on as a second-half substitute for Emir Alihodzic, was sent off in stoppage time after he received his second yellow of the night. It was the second red card of the season for Moses and his first since returning from a one-match suspension for a red card against Phoenix Rising FC in Week 4.

Right back Elijah Martin made a team-best four interceptions in his second start of 2019. Meanwhile, Zachary Ellis-Hayden returned to action, entering the match as a substitute for Jemal Johnson at the 67th minute. Defensively, Los Zorros received four saves from goalkeeper CJ Cochran.

Los Zorros remain in a deadlock for 8th place in the USL Western Conference with 10 points with five other clubs. Fresno FC takes to the road for its next matchup on Saturday, May 4th, against Real Monarchs SLC. Kickoff is set for 12 p.m. PT. Los Zorros' next home match is the following week on Wednesday, May 8th, against Sacramento Republic FC in the Highway 99 Derby. Tickets for the match are on sale now at FresnoFC.com and the Chukchansi Park box office. 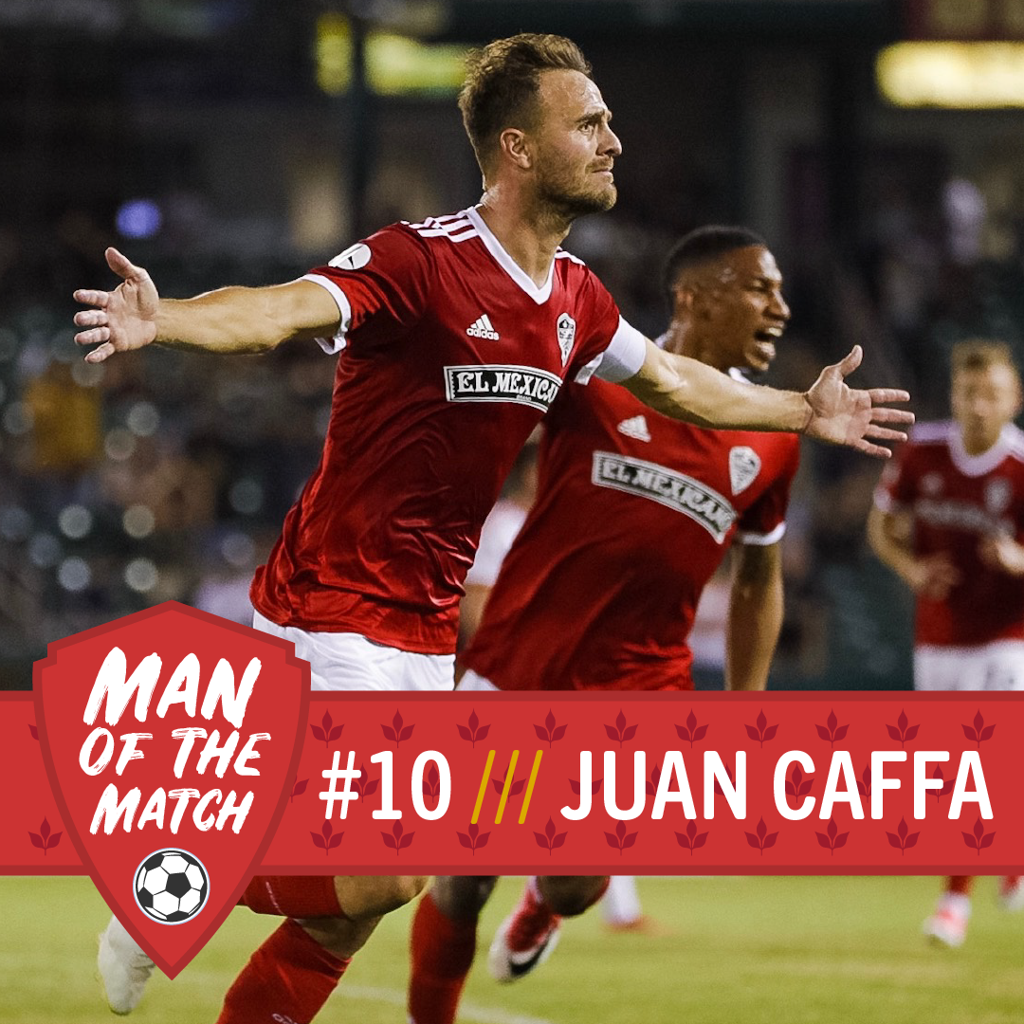 Caffa's scored the game-tying goal in the 84th minute and led Fresno FC with three shots, three key passes, and three good crosses while also making a team-high 73 touches on the ball.