SCOTTSDALE, Ariz. - Los Zorros remain unbeaten to start the 2019 USL Championship season, fighting off Phoenix Rising FC for a 0-0 draw at Casino Arizona Field. Fresno FC moves to 1W-0L-3D for six points in the USL Western Conference table. It was a physical and high-tense battle that saw Fresno lose one player to an injury and another to a red card - all in the first half.

But behind of the defense of center backs Mickey Daly and Ramon Martin Del Campo - the latter who was named the match's Man of the Match - and goalkeeper CJ Cochran, Los Zorros stole a point from a Rising FC side that dominated with 63.6% possession. It was the second clean sheet of the season for Fresno FC, which has allowed just two goals through its first four matches.

Los Zorros started bright and saw an early opportunity to take the lead at the 4th minute when a deflection gave Christian Chaney the ball in the penalty area. Chaney poked in the low shot, but Phoenix Rising FC's Zac Lubin made the stop to keep it level. At the 13th minute, Emir Alihodzic fired a shot from distance saw Lubin make the stop again.

After that, the drama built up against Fresno FC. Midfielder Seth Moses picked up a yellow card in the 11th minute, and at the 28th minute, midfielder Jackson appeared to stave off an injury. But both would see their games end early with Jackson getting subbed off at minute 36 for Elijah Martin. And 4 minutes after that, Moses received his second yellow of the night, earning a red to be sent off for a hard foul on Junior Flemmings.

Down a man and with a handful of tactical changes made, Fresno FC kept fighting through regulation, forcing Phoenix Rising FC off its mark despite the hosts having the advantage in shots (23-4), corner kicks (11-1), possession (64-36).

Los Zorros return to the action on Saturday, April 13th against Tulsa Roughnecks FC for Ag Night at Chukchansi Park, presented by KISS Country. The first 2,500 fans through the gates will receive an exclusive Fresno FC cowbell. 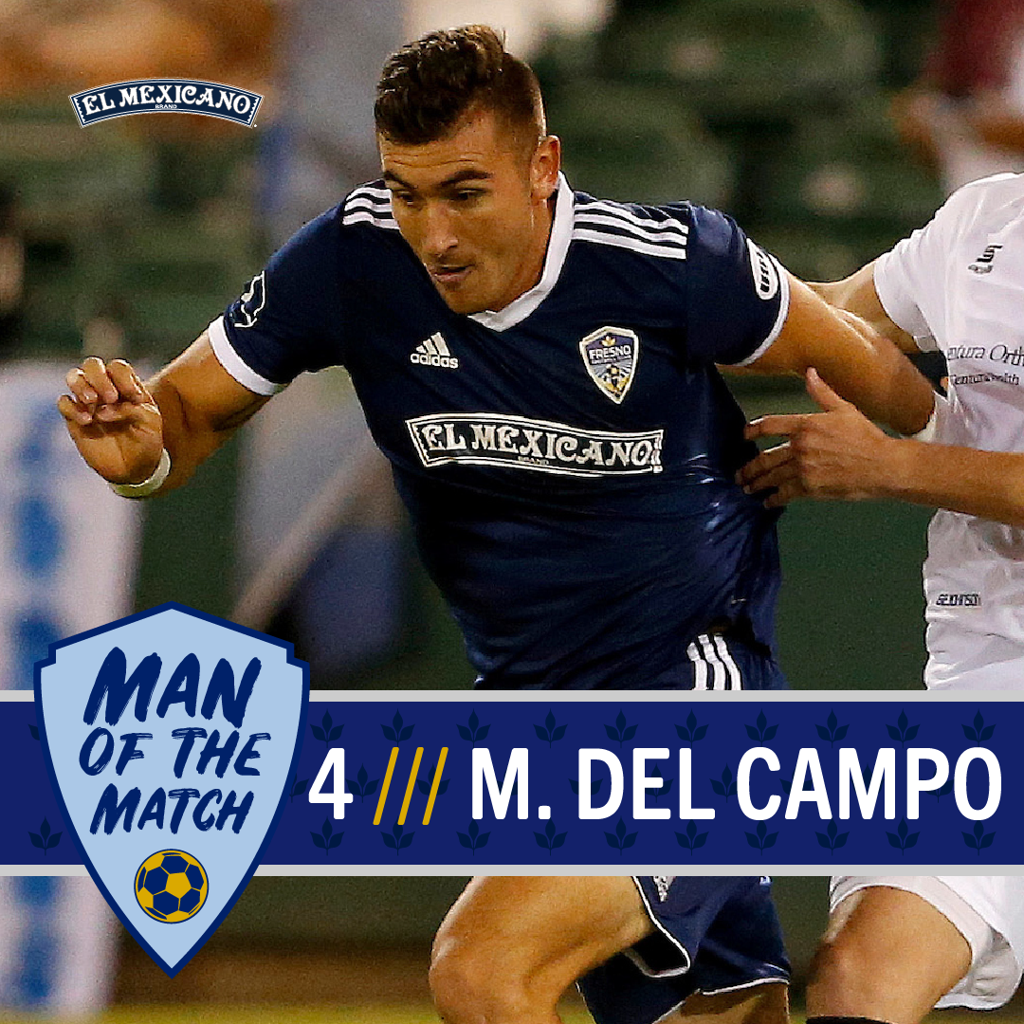