Jackson's goal at the 47th minute helps Fresno FC to a draw in season opener.

ALBUQUERQUE, N.M. – Jackson netted the first goal for Fresno FC in 2019, and it was enough to have the Foxes to hold on for the 1-1 draw at New Mexico United in the USL Championship regular season opener. The hosts struck first on Devon Sandoval's long-distance strike at the 25th minute that awoke the sellout crowd of nearly 13,000.

The Foxes, however, clapped back immediately after halftime. At the 47th minute, Alex Cooper volleyed in a cross from the left wing that Jackson headed through New Mexico goalkeeper Cody Mizell, who got a touch on it but couldn't prevent it from bouncing into the net. It was the first USL Championship goal for Jackson in his first Championship debut.

Tensions rose in the final hour, with Fresno FC earning a series of opportunities only to see those stopped by Mizell. At minute 53, Juan Caffa earned a free kick from a dangerous position that Mizell punched off the post, and at the 74th Qudus Lawal's header was saved. A yellow card was handed out at the 60th minute when Sandoval tackled Fresno defender  Zachary Ellis-Hayden, sparking a scuffle from both sides.

Fresno FC outshot New Mexico 15 to 6, with six of those on target. Midfielder Arun Basuljevic, who played a full 90 minutes, completed 30 of 32 passes against New Mexico for a 93.8% accuracy rating, and also recorded a team-best four tackles. Goalkeeper CJ Cochran recorded one save.

A pair of Valley natives made their Fresno FC debuts on Saturday night in Albuquerque. Midfielder Diego Casillas (Porterville) and defender Elijah Martin (Fresno) both entered the match as second-half substitutes, since making the jump from the USL League Two Fresno FC U23s in the preseason.

The Foxes continue their USL Championship season on the road next week, playing at Rio Grande Valley FC Toros on Saturday, March 16th at H-E-B Park. Kickoff is set for 5:30 p.m. PT. The following week, Fresno FC will make its 2019 home debut against Reno 1868 FC at Chukchansi Park on Saturday, March 23rd. Tickets for the home opener, and for the entire season are available now at the stadium box office or at FresnoFC.com.

Jackson had two shots at goal, including his equalizer at the 47th minute to help the Foxes. He also recorded a 78.6% passing accuracy in the opponent’s half. 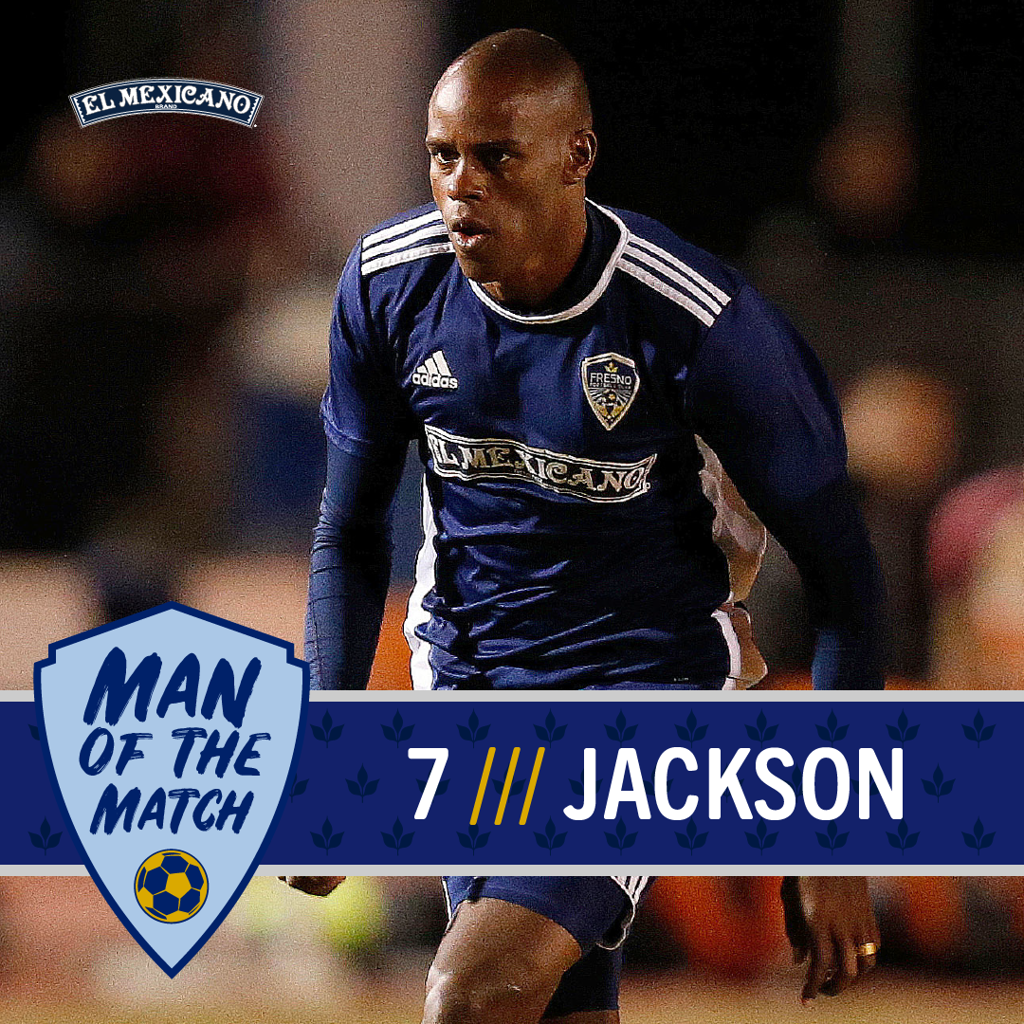