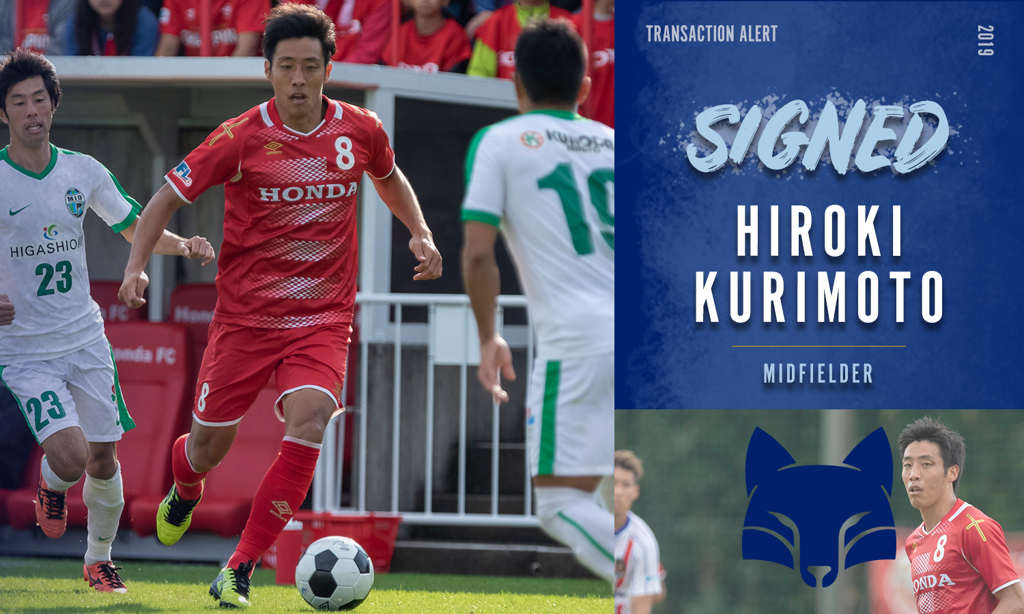 Kurimoto brings depth and experience to the Foxes midfield for the 2019 season. A native of Nagoya, Aichi, Japan, Kurimoto made his joined Honda FC in the spring of 2013, and quickly became a mainstay in the team’s midfield, making 172 appearances over six seasons. He scored 34 goals and made 45 assists during his tenure at Honda FC and helped the club to a JFL Championship in four of his six seasons (2014, 2016, 2017, 2018). He was named Most Valuable Player of the Japan Football League in 2016 and 2017, and selected to the league’s Best Eleven squad in each of the last four seasons.

Kurimoto was first seen by the Fresno FC technical staff at the club’s open tryouts in December and earned an invitation to preseason camp where he won a professional contract.

“Hiroki is a player that stood out at our December combine the entire weekend and caught everybody’s eye,” said head coach Adam Smith. “He impressed us with his discipline and is a very professional young man who wants the chance to play in the United States. We’re delighted that we’re able to provide that opportunity for him and are looking forward to his contributions.”

Fresno FC official kicks off the USL Championship regular season on Saturday, March 9 at New Mexico United. The Foxes open at home on March 23 against Reno 1868 FC. Tickets for the full 2019 Season and single games are available now at 559-320-2525 or by visiting FresnoFC.com.